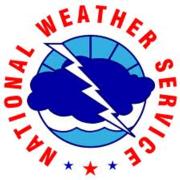 The National Weather Service Office in Lincoln has released their Tornado Summary of 2015. It was reported that 69 tornadoes touched down in the state as the majority of them were brief, and a few carved a path of several miles. Chris Geelhart, Meteorologist at the National Weather Service in Lincoln, told Regional Radio News that the northern half of the state had the majority of twisters.

Geelhart noted the majority of those tornadoes occurred during severe weather outbreaks on April 9 and June 22.

In our Regional Radio listening area, there was one tornado touchdown confirmed last year in Christian County on April 9, about two and a half miles to the southeast of Tovey in a rural area. It was recorded as an EF0, and stayed on the ground for one minute and traveled northeast in an open field. The strongest tornado recorded was an EF4 that occurred on April 9 as it carved a path of destruction of 30 miles through Lee, Ogle, De Kalb, and Boone counties. It stayed on the ground for 40 minutes. Two deaths were reported and 11 were injured.

The weather summary can be viewed at weather.gov/lincoln.