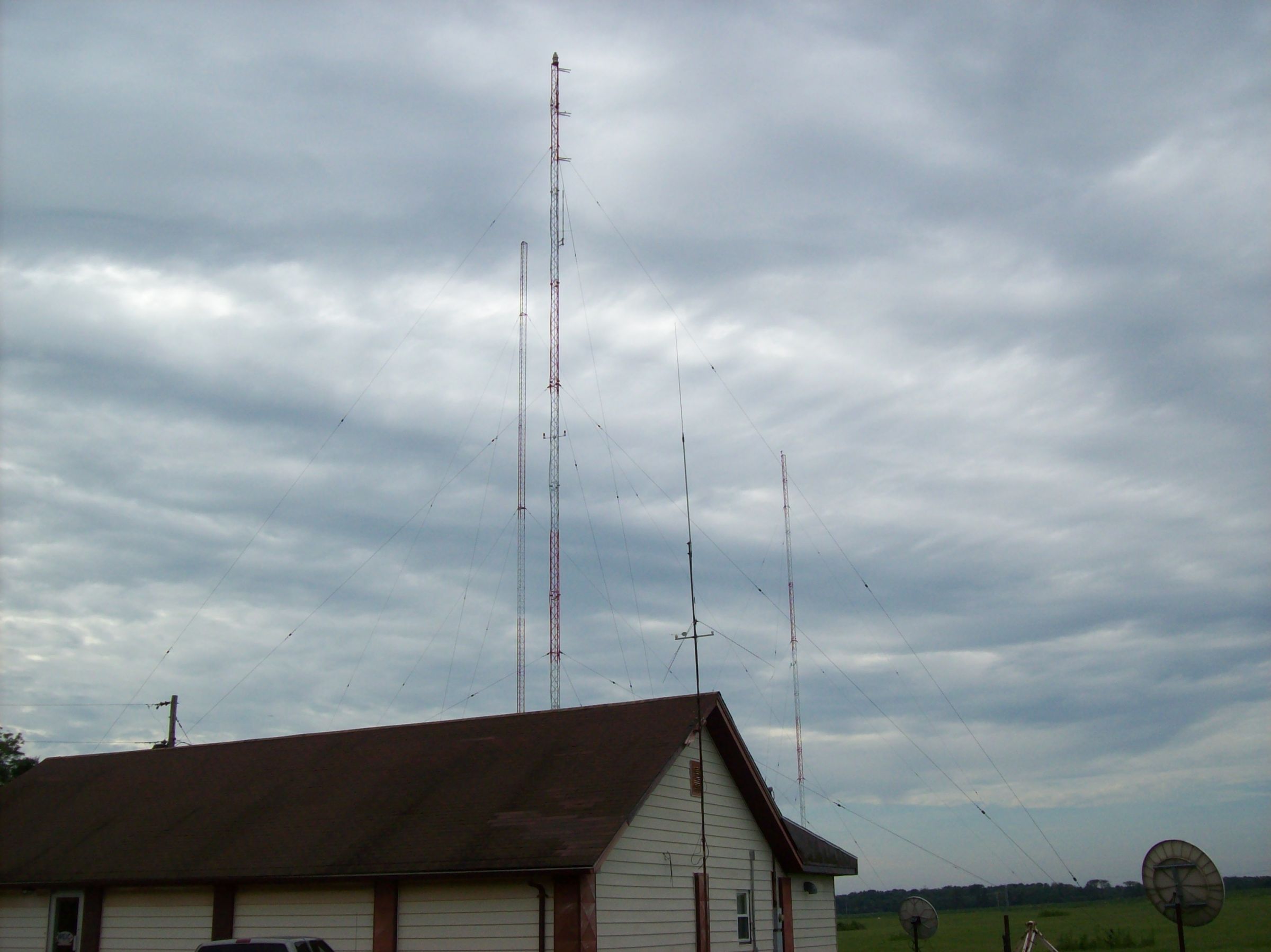 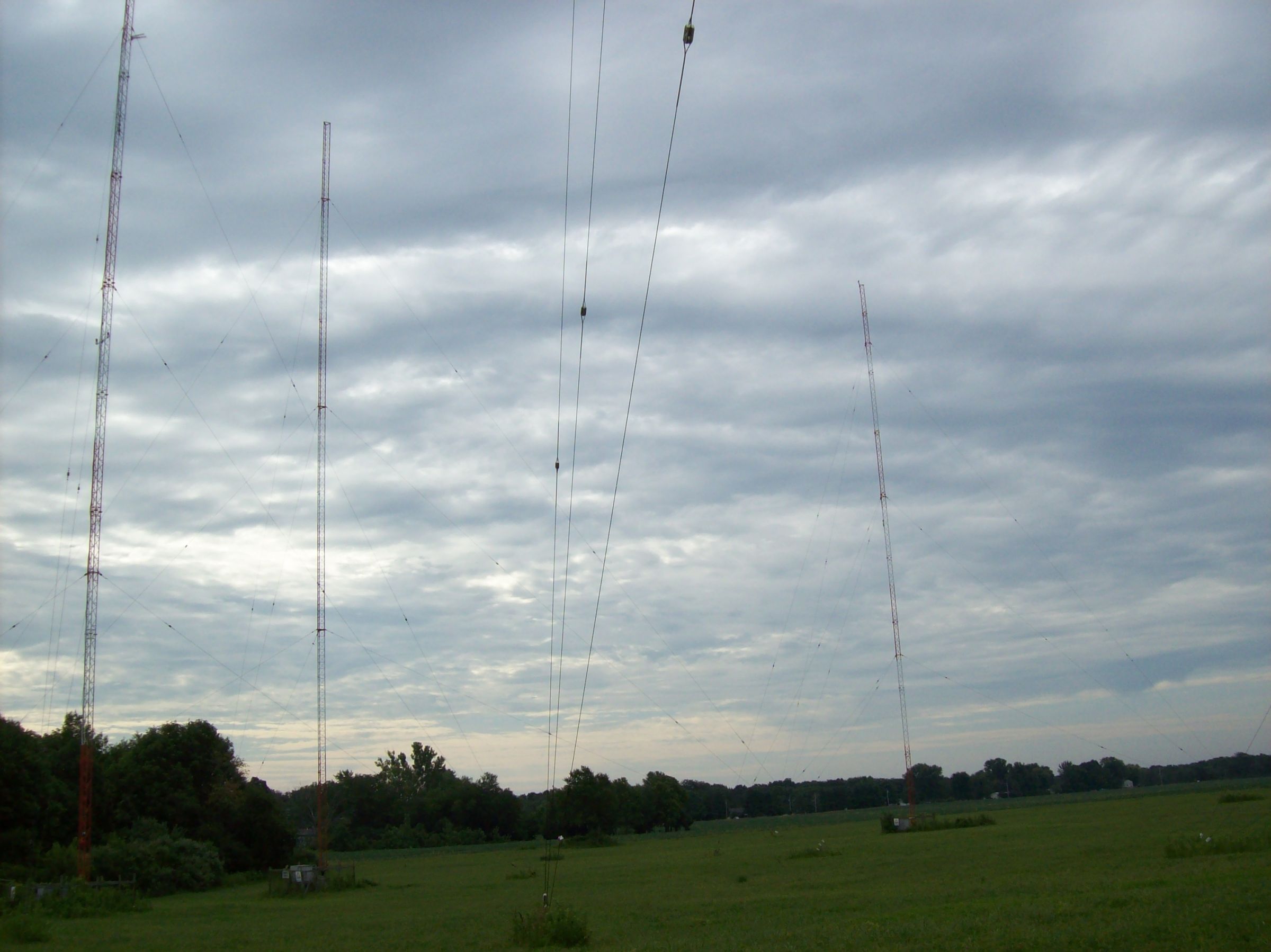 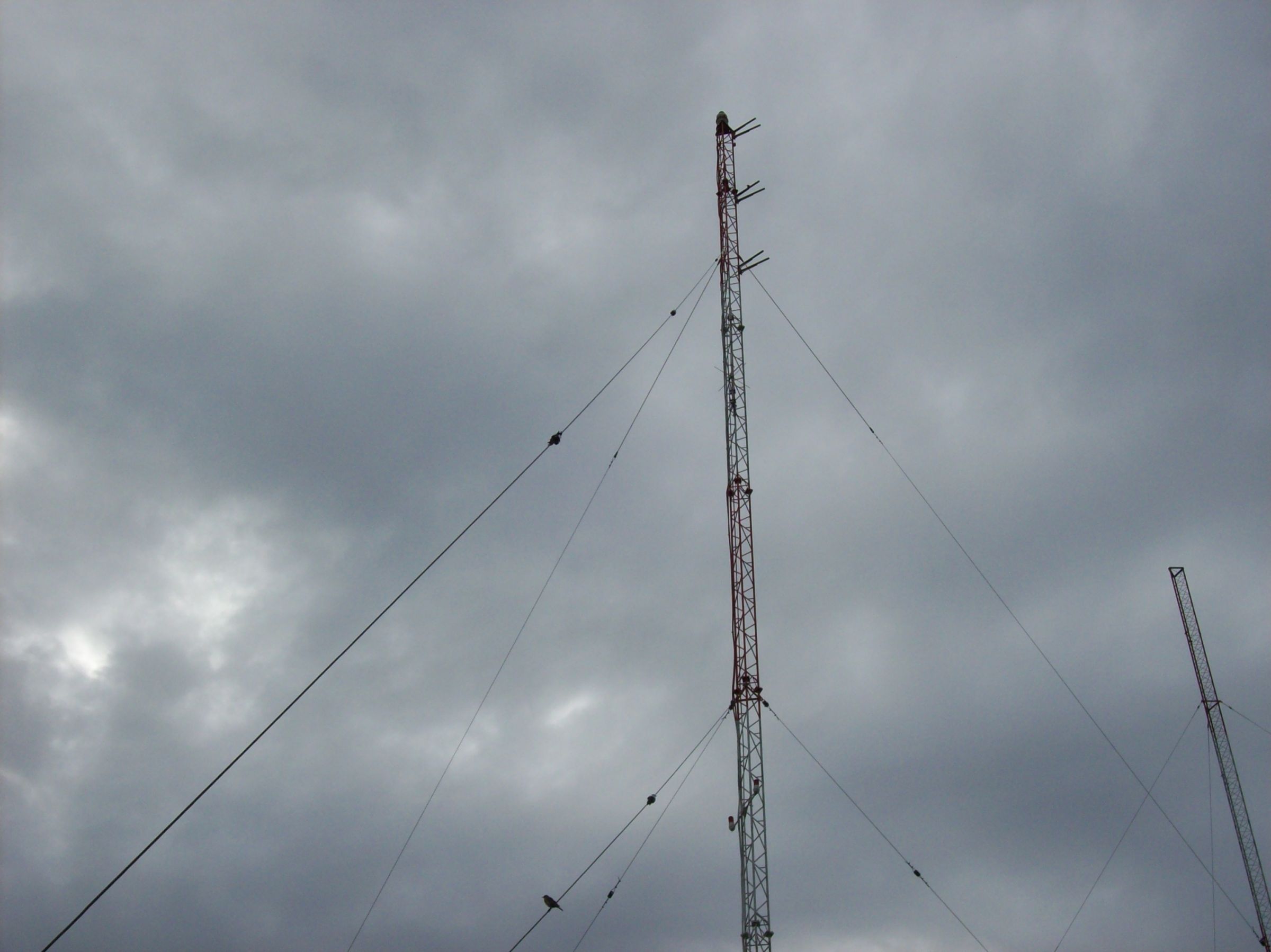 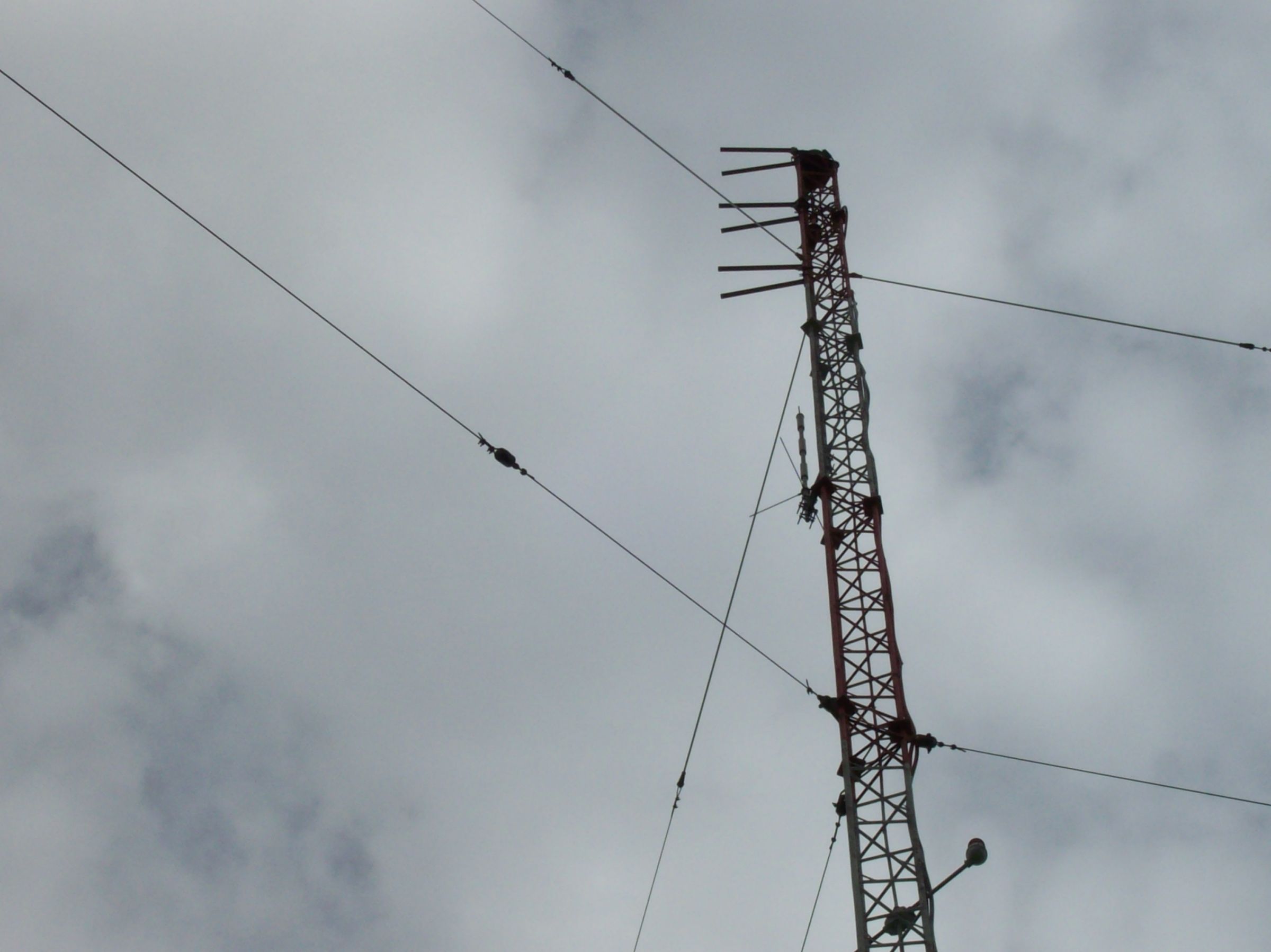 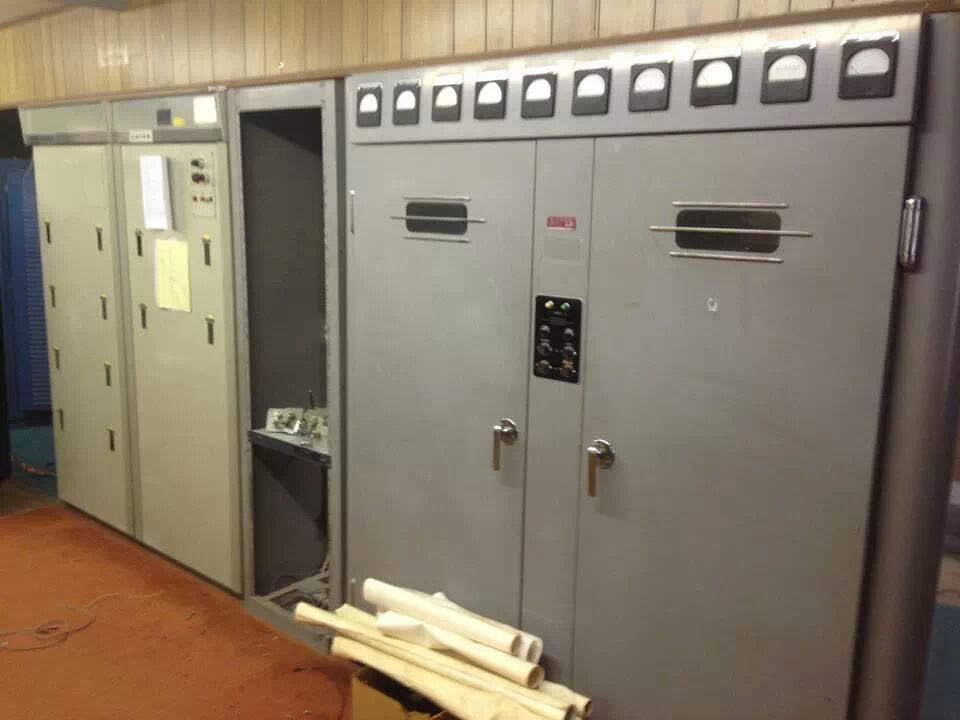 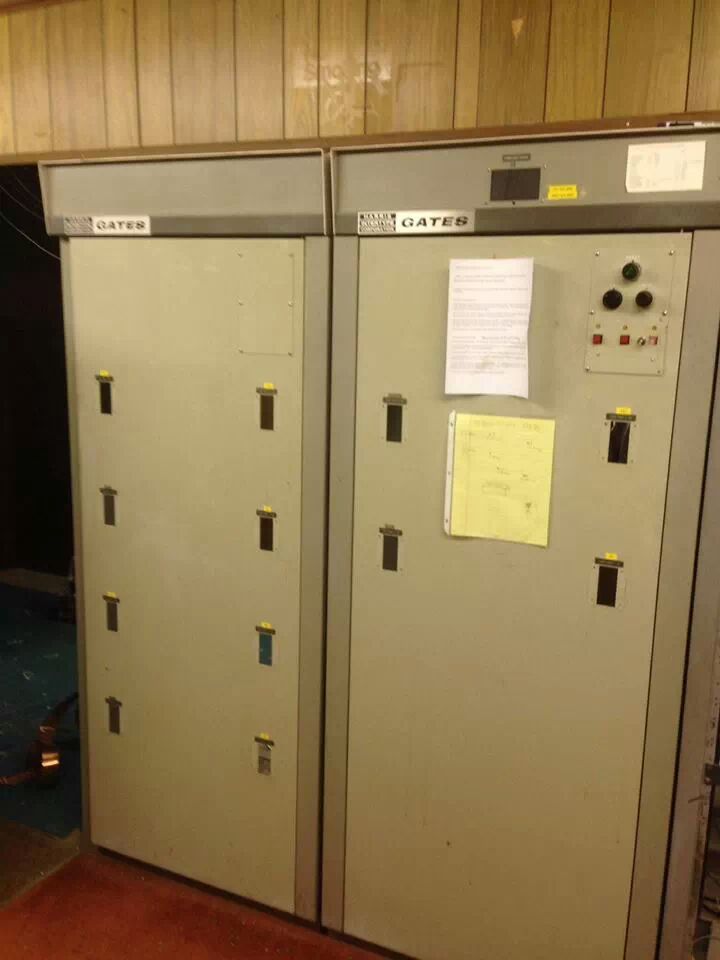 Jack Owens and his family from Charleston, built WEIC and put it on the air on December 12, 1954.  Owens took a settlement from being injured working on the railroad, and built WEIC. 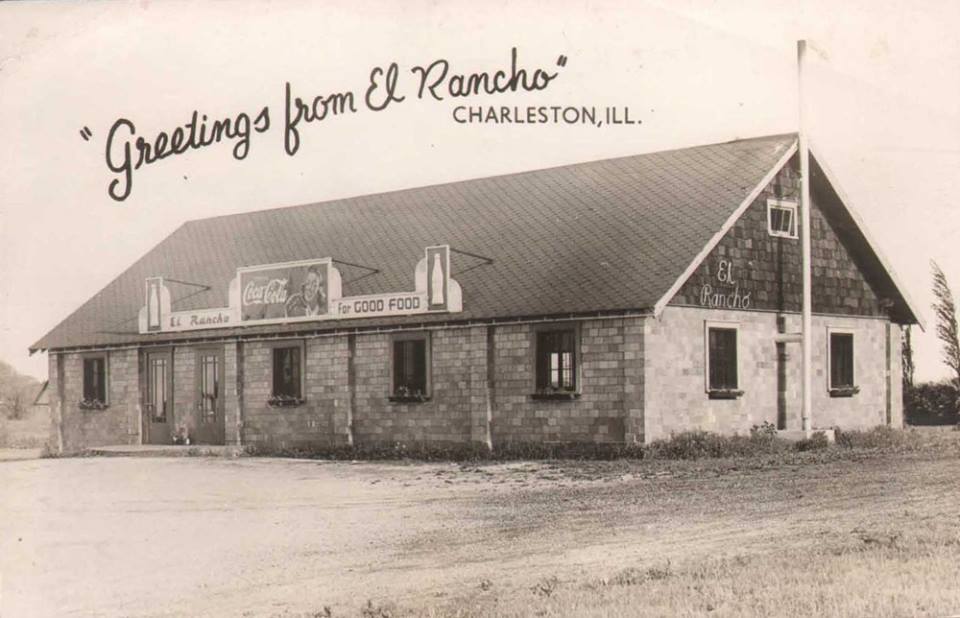 The station was built in a former tavern on what used to be Illinois Route 16 on Charleston's west side. 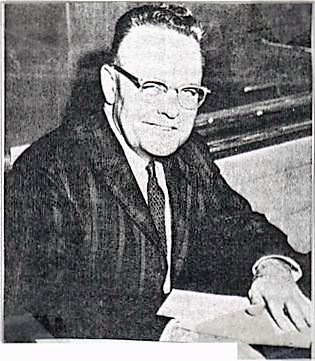 Norman Strader was one of the first announcers and the engineer for WEIC in the 1950's. 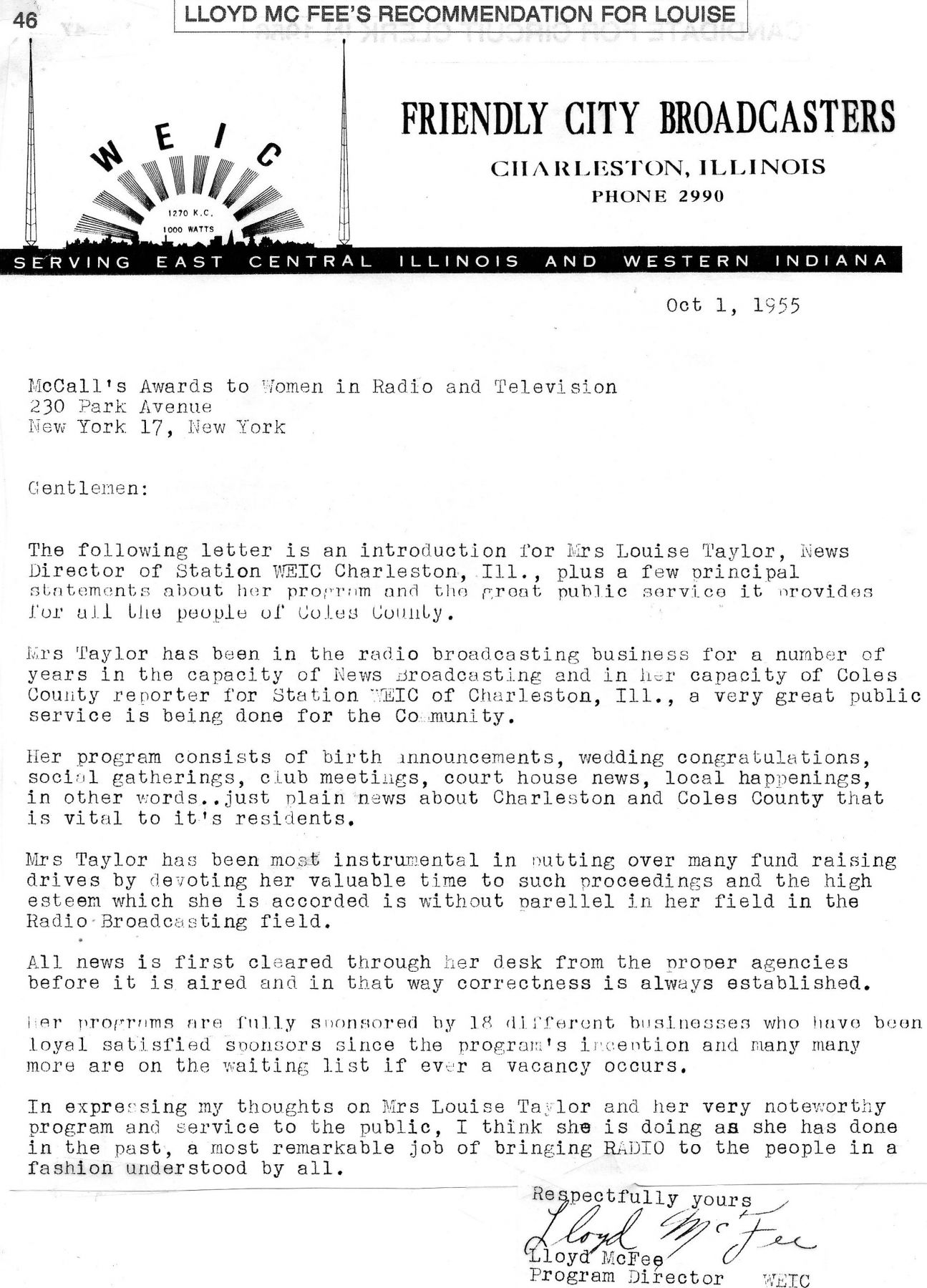 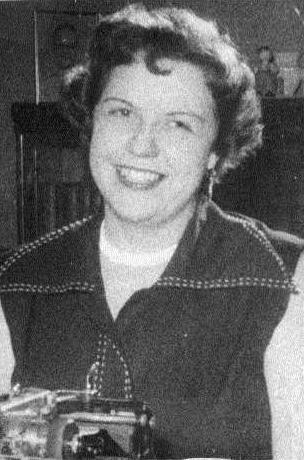 Louise Lynch Taylor was news director for WEIC 3 different times in the 50's and 60's. 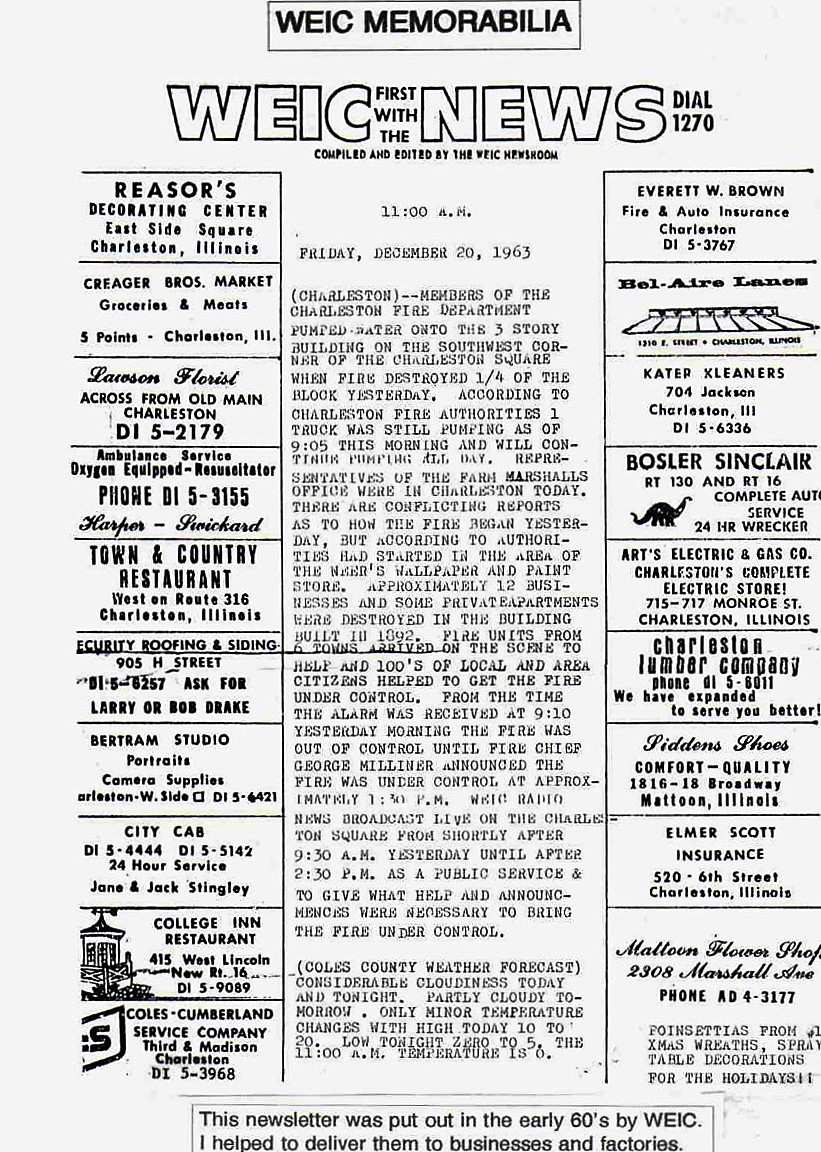 Below is a WEIC bumper sticker when the station when full-time in 1972, courtesy of radiostickeroftheday.blogspot.com:

Below is the WEIC music survey on July 22, 1972, courtesy of www.las-solanas.com, contributed to that web site by Gary Pfeifer March 2004: 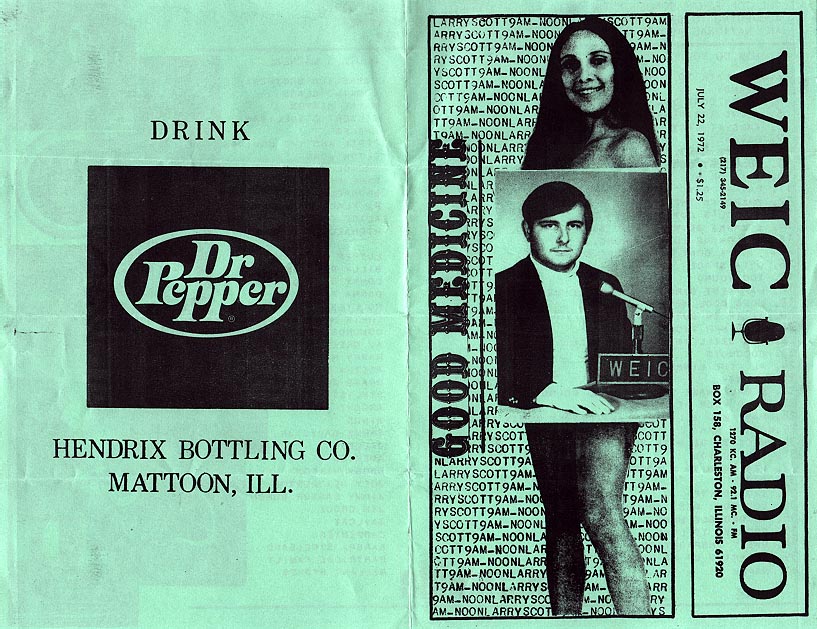 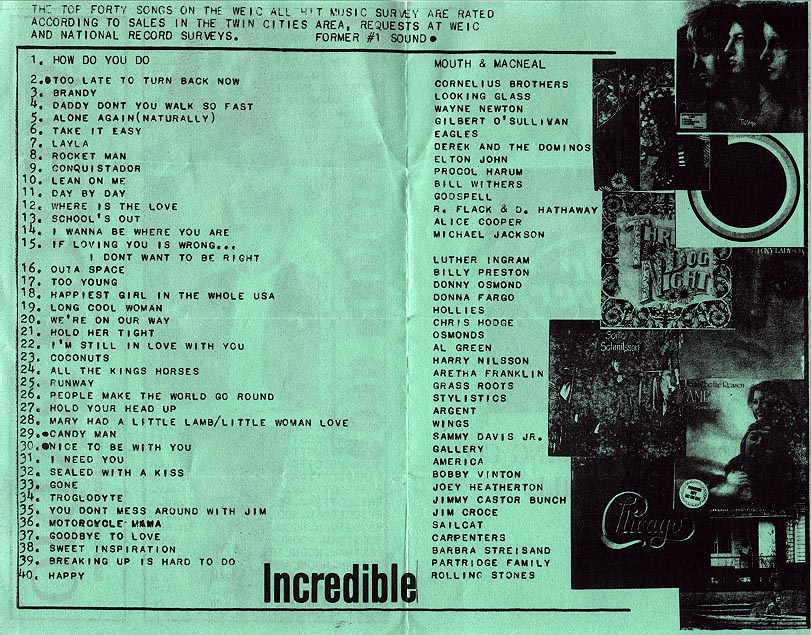 Below is the WEIC music survey on August 10, 1974, courtesy of www.las-solanas.com, contributed to that web site by Gary Pfeifer in 2014: 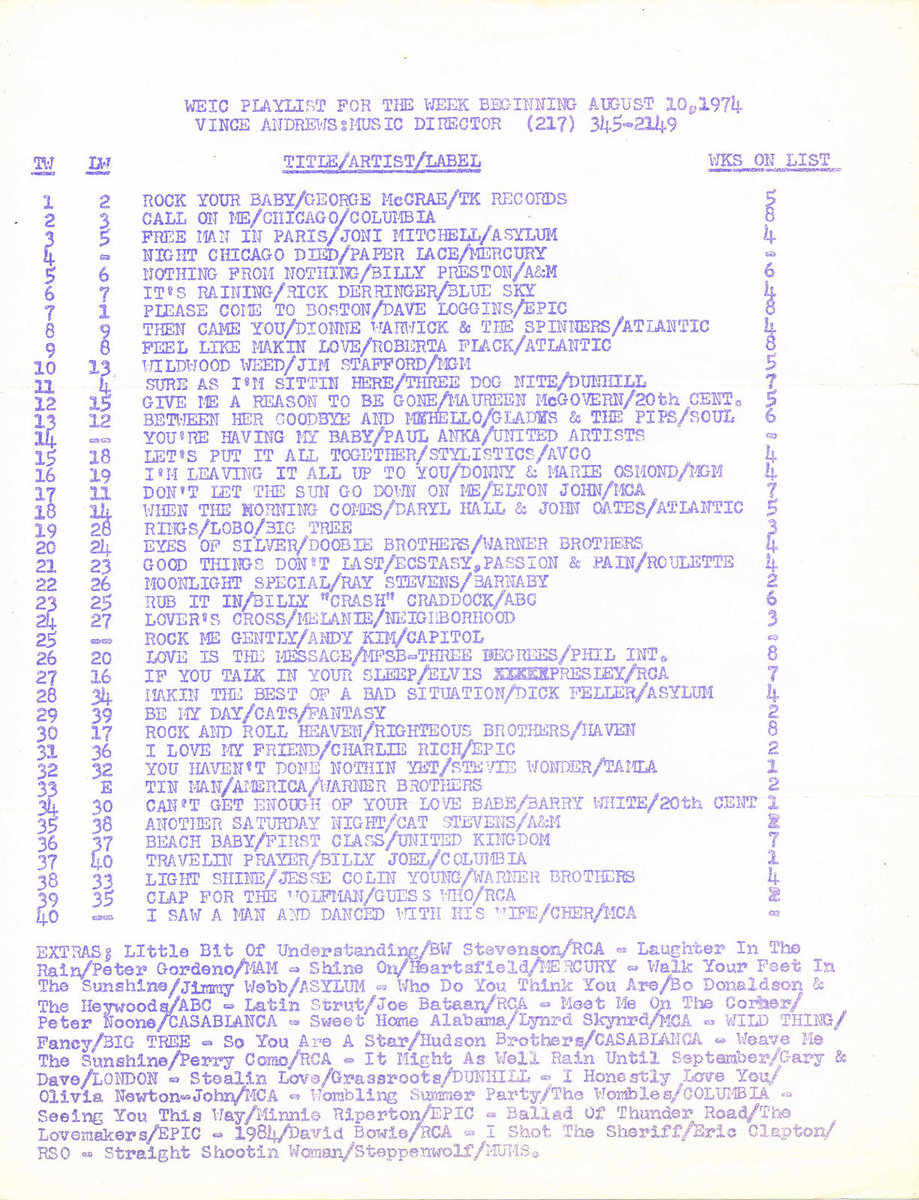 WEIC had a southern gospel format from 1996 thru 2011.  Here's a bumper sticker from those years: 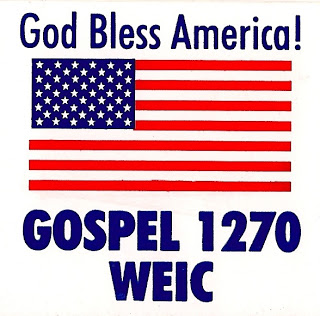 Wayne R. Miller, owner of Peoria Network Associates in Peoria, was a disc jockey at WEIC while in college at Eastern Illinois University in Charleston, in the early 1970's.  Over 40 years later, he was back to re-build WEIC 1270's signal, including putting the original 1954 transmitter he broadcast from, on the air in October 2011.  Here's a link to ashort youtube.com video of his working on the 1954 Gates transmitter:
https://youtu.be/STGvvLx4_WQ
The Journal-Gazette/Times-Courier did a story about high school sports broadcasts returning to WEIC (then WRJM) in October of 2012.  Here's a link to the article:
https://jg-tc.com/news/extended-online-version-charleston-sports-return-to-am/article_5316cff0-1ff0-11e2-b8cc-0019bb2963f4.html
SPECIAL E-MAIL FROM DAUGHTER OF FOUNDING STATION OWNER JACK OWENS
Posted November 28, 2018
We received this very special e-mail from Jacqueline Owens, one of the daughters of founding station owner Jack Owens, about her years working at WEIC.  She also encourages her friends in Charleston and Illinois to drop her an e-mail.  Her e-mail address is:
576jackieo@gmail.com
I am one of the 2 daughters of jack and betty owens of WEIC Charleston il. My sister and I were on the air from 1955-1961 right until our station sold in 1961.

I wanted to let you know that I just FOUND THIS historically significant information on your radio station. I so appreciate that you included my dad and mom for building the station from the start. My father was a visionary, to say the least!  It was definitely a regional favorite during those days when my parents added to its popularity due to our parents having the vision of seeing their daughters presenting the rock and roll music of the 50's; and also hiring Louise Taylor to present her daily local news. All ears were on her program in the early morning Mon. thru Fri. every week. A popular woman about town, to say the least as she had quite an outgoing personality to go  along with her newsy news!

I have lived in North Carolina now for 22 years and I have toted my 50's/ WEIC memorabilia since 1954 and am in the process of trying to sell my various items at this time (eBay user id: elvisiswazwillbe ). Due to age and health reasons,  and the need for purchasing a property in Asheville, NC (which has a top rated hospital in NC) is why I have to do this.  Plus, it's time.
Where I currently live does not have state-of-the-art hospitals, I'm sorry to say.

I had several fortunate good things happen to me during the 70's which will forever follow me until my death. My favorite singer and personality was, is and forever will be is Elvis Presley. I met Elvis and saw him a number of times both in Las Vegas and Atlanta, GA. Some of my unique collection not only includes regular memorabilia, but also empemera which includes an autograph which says, "To Jackie, your poem was very beautiful!" Love, Elvis Presley.... I have enough to write a book. Fun times that have lasted me a lifetime.

I miss those days of being a dj while my high school peers requested songs and listened to my program, as well as teens from Taylorville, Marshall, Vincennes, Green-up, Mattoon, and many more towns in our region. Sister Sheila was on the air from 1955 to Spring of 1958 (I subbed for her when she was out of the studio), then dad put me on the air when she became engaged  in Spring of 1958. I was on the air until we sold WEIC in summer of 1961.

Again, many thanks for all the info you posted and that WEIC was the start of it all.

EDITOR'S NOTE:  THANK YOU SOOOO MUCH, Jackie, for your kind e-mail and for allowing us to share it with our readers! 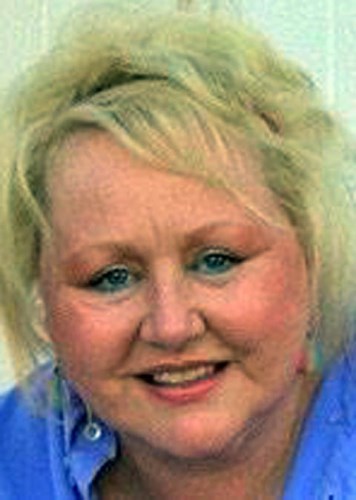 Word has been received of the death of Jill Swingler, a daughter of WEIC founding station owner Jack Owens.  She passed away on May 1, 2022 in Carefree, Arizona.  HERE is a link to her obituary that includes information about her involvement in WEIC.  She was 69 years old.