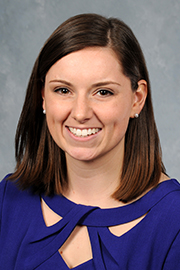 The Republican nomination for 95th State Representative was won by Raymond native and incumbent State Representative Avery Bourne, who beat 2 challengers to go against long-time Democrat Mike Mathis of Gillespie in the general election.  Bourne told Regional Radio News late Tuesday night that people are tired of the status quo in Springfield.

Bourne said the fact she had 2 challegers after being appointed state representative was healthy for the party.

Bourne will be going up against Macoupin County Democratic Chairman Mike Mathis.  She gave us a taste of what her campaign will sound like in the general election.

Bourne won district-wide with some 64-percent of the vote in the Republican primary.