Posted About Six Months Ago

The Illinois Environmental Protection Agency late Friday afternoon shut down the Taylorville Kroger store and sealed the building, afer a complaint was filed that cancer-causing asbestos was getting outside of a containment area during work to replace portions of the store's floor.

The state agency said that a licensed asbestos contrator, S-S-I Services, had been hired to remove asbestos from the Taylorville Kroger site.   The state E-P-A says their inspection Friday afternoon showed some of the asbestos material was escaping out of the containment area S-S-I had constructed, and was within areas of the building accessible to the public.

The state E-P-A cleared the building of people and sealed the building to the public.   They are also seeking a preliminary injunctive order from the Illinois Attorney General's Office to stop what the E-P-A called further illegal discharge of asbestos into the environment.

The state E-P-A also requested Kroger and S-S-I to secure the facility and all dumpsters and transfer containers, forbidding unauthorized entry, and prohibiting any person to enter the building except those approved by the state E-P-A and licensed by the Illinois Department of Public Health to perform asbestos remediation activities. 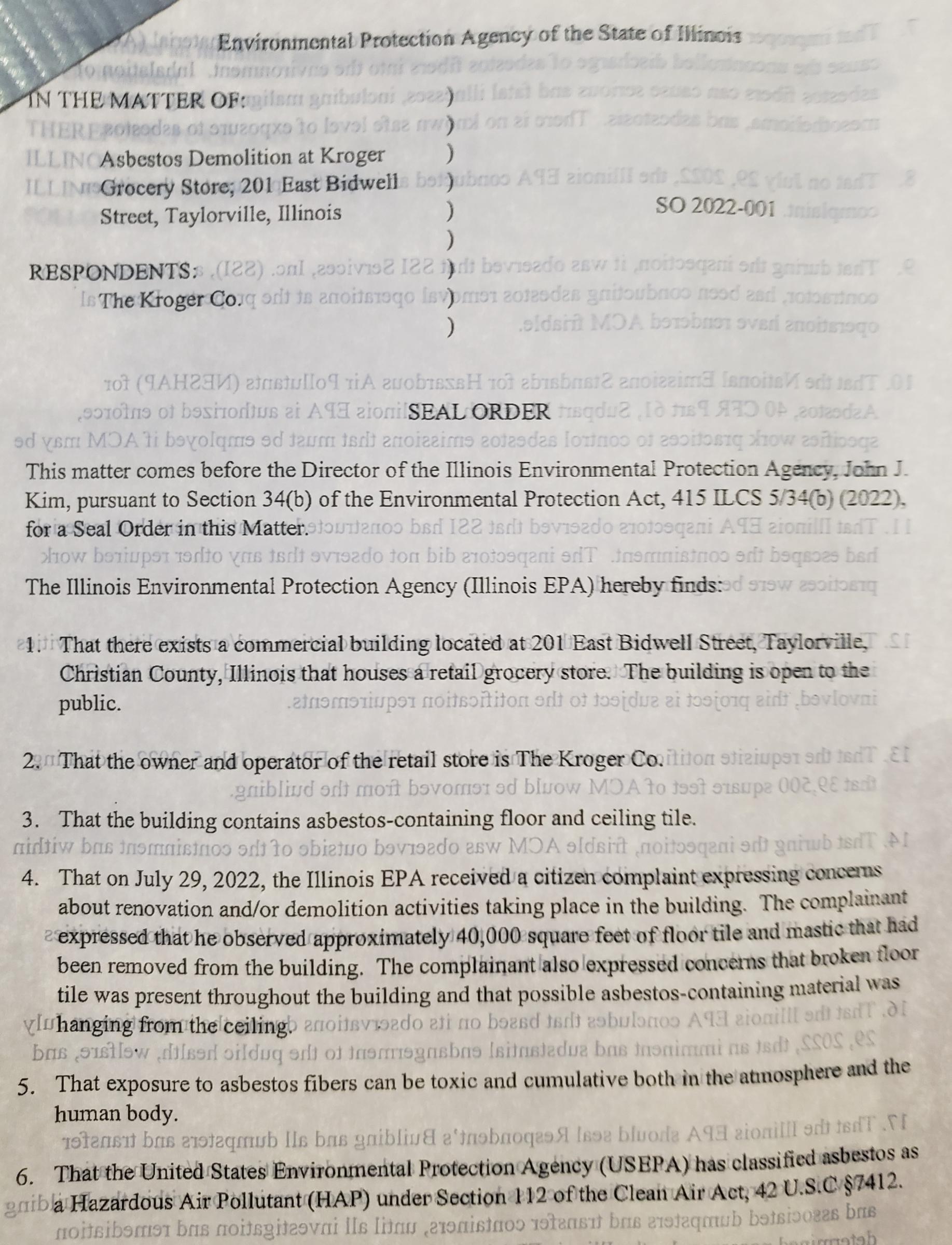 The order to close the Taylorville Kroger store will remain in effect until it's rescinded by the state E-P-A.