Posted About Seven Months Ago

The Taylorville City Council met for under an hour Monday night, and while the agenda was light, it contained one very contentious issue that got heated at times.

A motion was made to approve the Class "O" Liquor and Gaming License for T-C Barber Shop and T-C Gaming, both owned by Travis Collins, subject to approval by the Illinois Gaming Board.  The issue that brought nearly 20 minutes of discussion was Collins had already built the building for the Gaming part of his business, despite a city ordinance saying the City Council must approve building plans first.

After the motion was made, Alderman Jim Olive said that since he had already invested in the building, he would have to vote yes on the motion, but added the order of how Collins' gaming building was approved was completely out of sequence.

Alderwoman Megan Bryant and Mayor Bruce Barry exchanged words a couple of times during the discussion, with Bryant accusing the Mayor of telling Collins he had  the City's approval to proceed.  Mayor Barry countered he told Collins that while he, the Mayor, personally was in favor of another gaming parlor in the city, it would be up to the City Council.

Later in the discussion, Alderwoman Megan Bryant apologized to Collins for the way the process happened.  Mayor Barry then commented.

The motion to approve the Liquor and Gaming License passed 5 to 2 with Aldermen Steve Dorchinecz and Chris Skultety voting no.  Alderwoman Kathy Driskell was absent from Monday night's meeting. 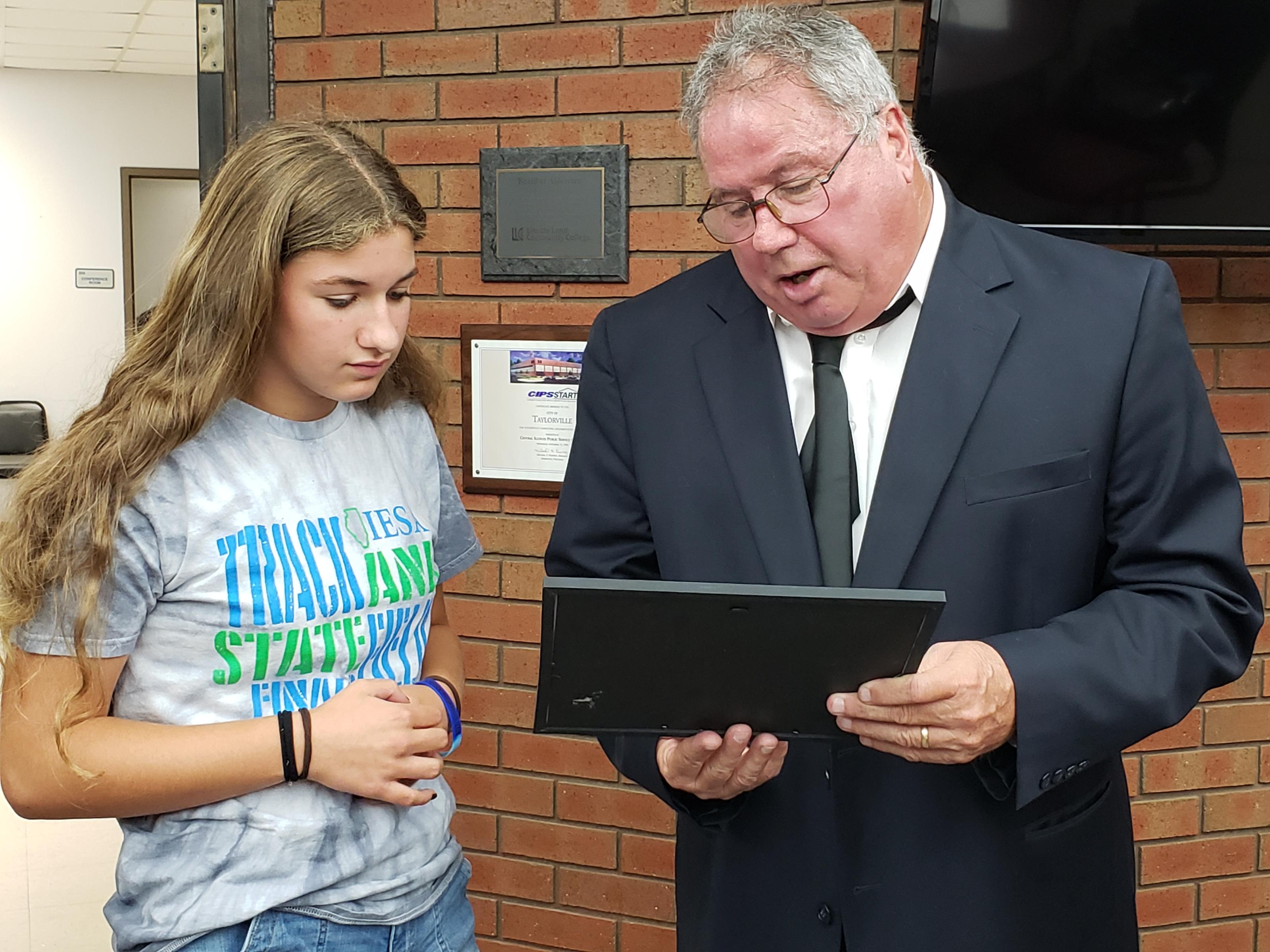 Mayor Barry named Elsie Williamson, a 7th grader at Taylorville Junior High School, as the "Youth of the Month" for her accomplishments both in Taylorville and statewide, in throwing the discus.  She recently won first place at the state meet.