Posted About Three Weeks Ago 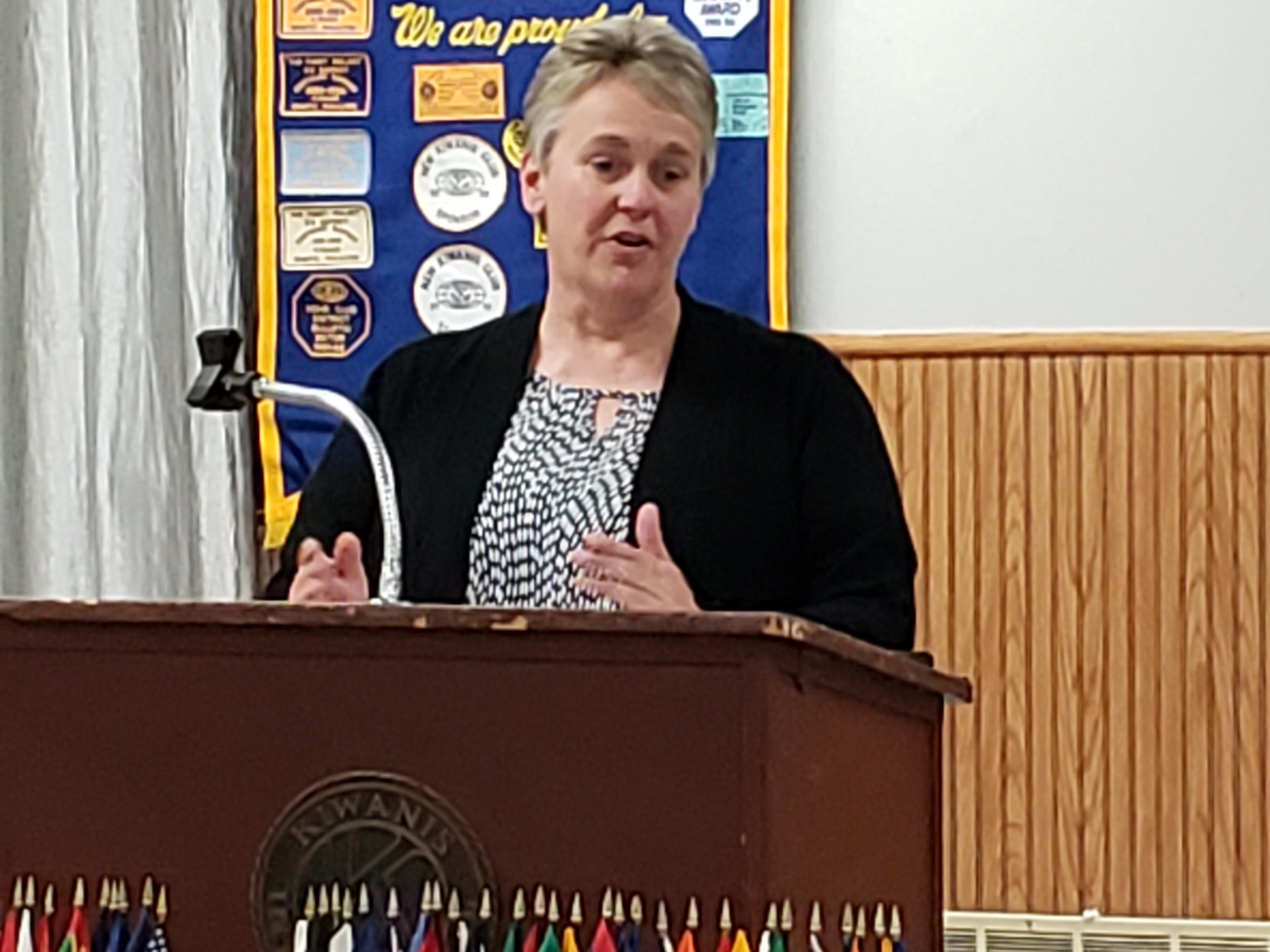 Sue Schafer has been an ag teacher at Taylorville High School some 24 years, and told Kiwanis members this year’s T-H-S F-F-A chapter has over 300 members with it formed just after National F-F-A was founded in 1928.  She added over 100 of those 300 students are enrolled in her “Intro to Agriculture” class as a way to teach them—whether they’re country or city kids—where their food, fuel and fiber come from.

Schafer told Kiwanis members the local F-F-A chapter is busy thru-out the year, attending conventions, conferences, and many judging events.  The local chapter has the distinction of having the Reserve National Champion Livestock Team in the entire country. 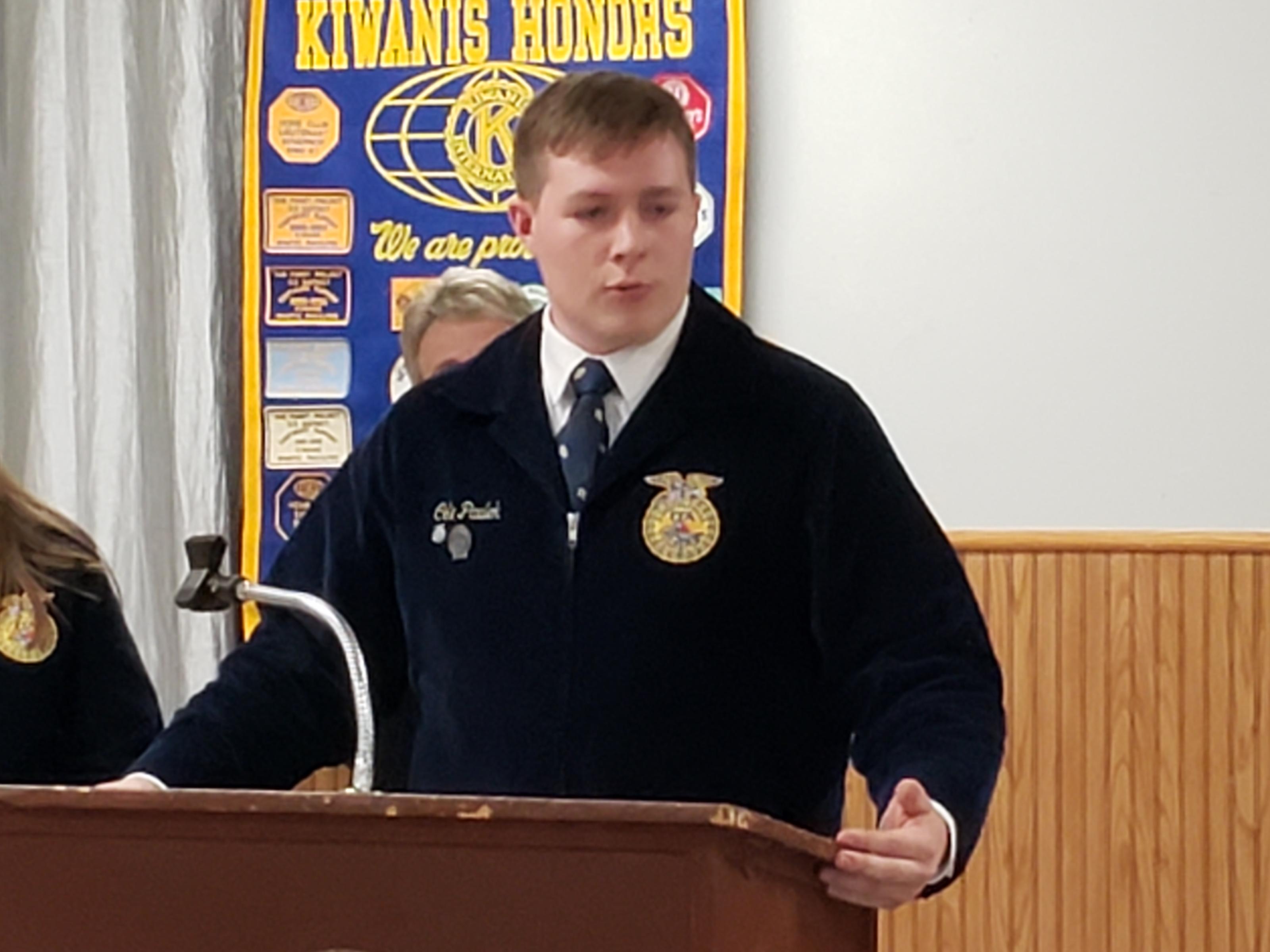 Cole Paulek, a junior at T-H-S, is the co-president of the Taylorville F-F-A chapter, and told Kiwanis members about his many experiences. 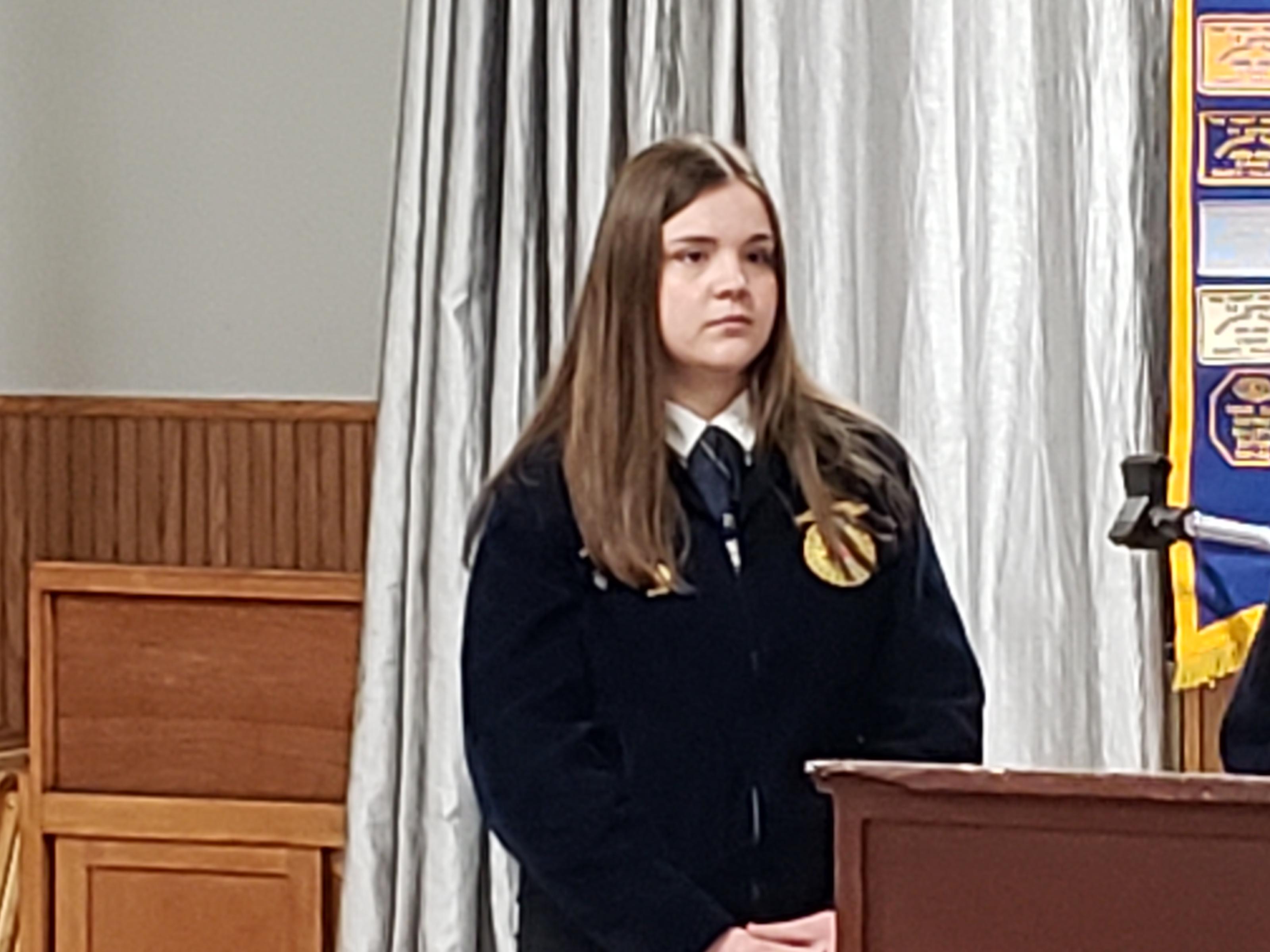 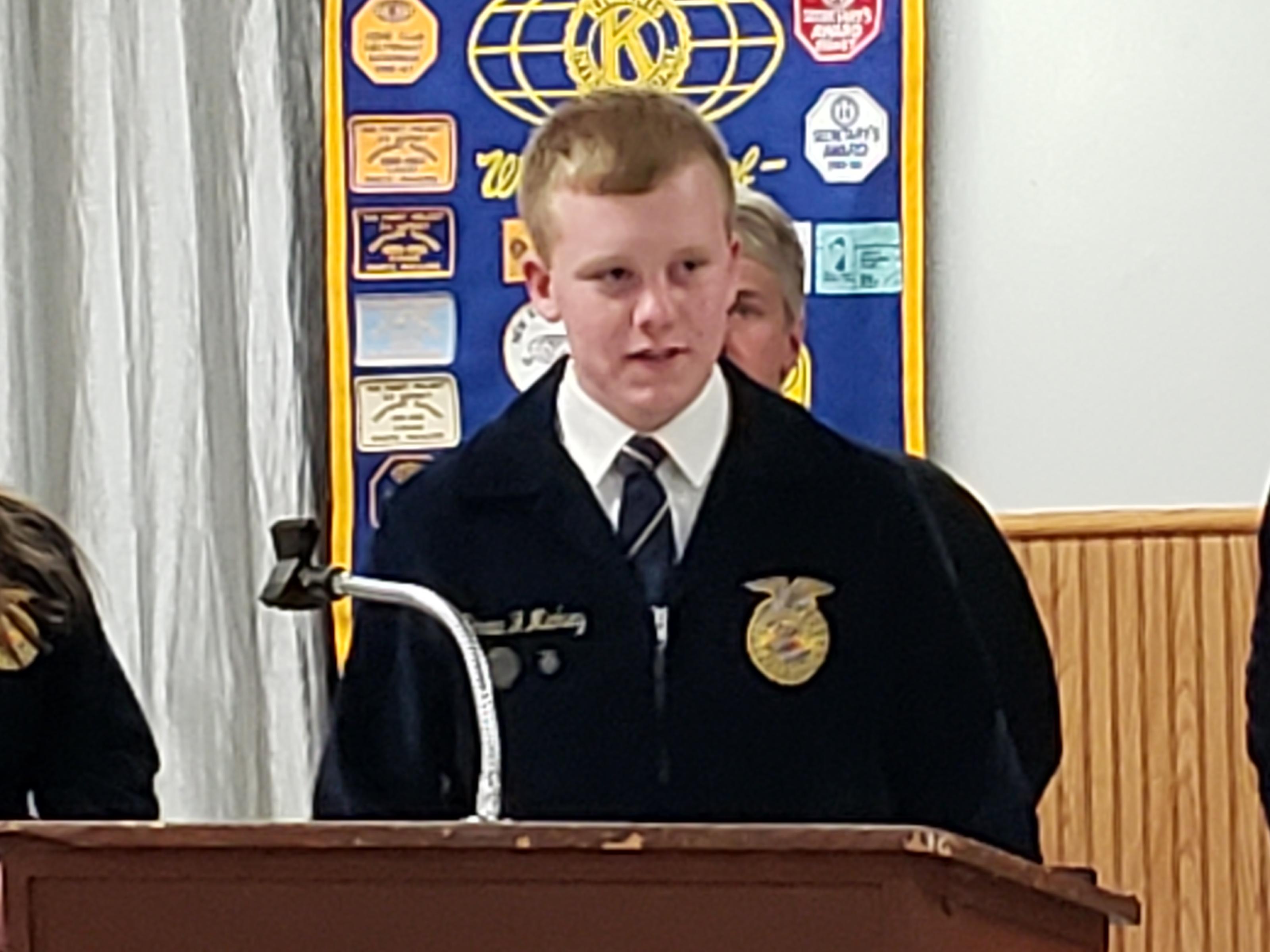 F-F-A member Drew Mickey, a sophomore, spoke about how he’s improved his public speaking skills as a result ot being a member. 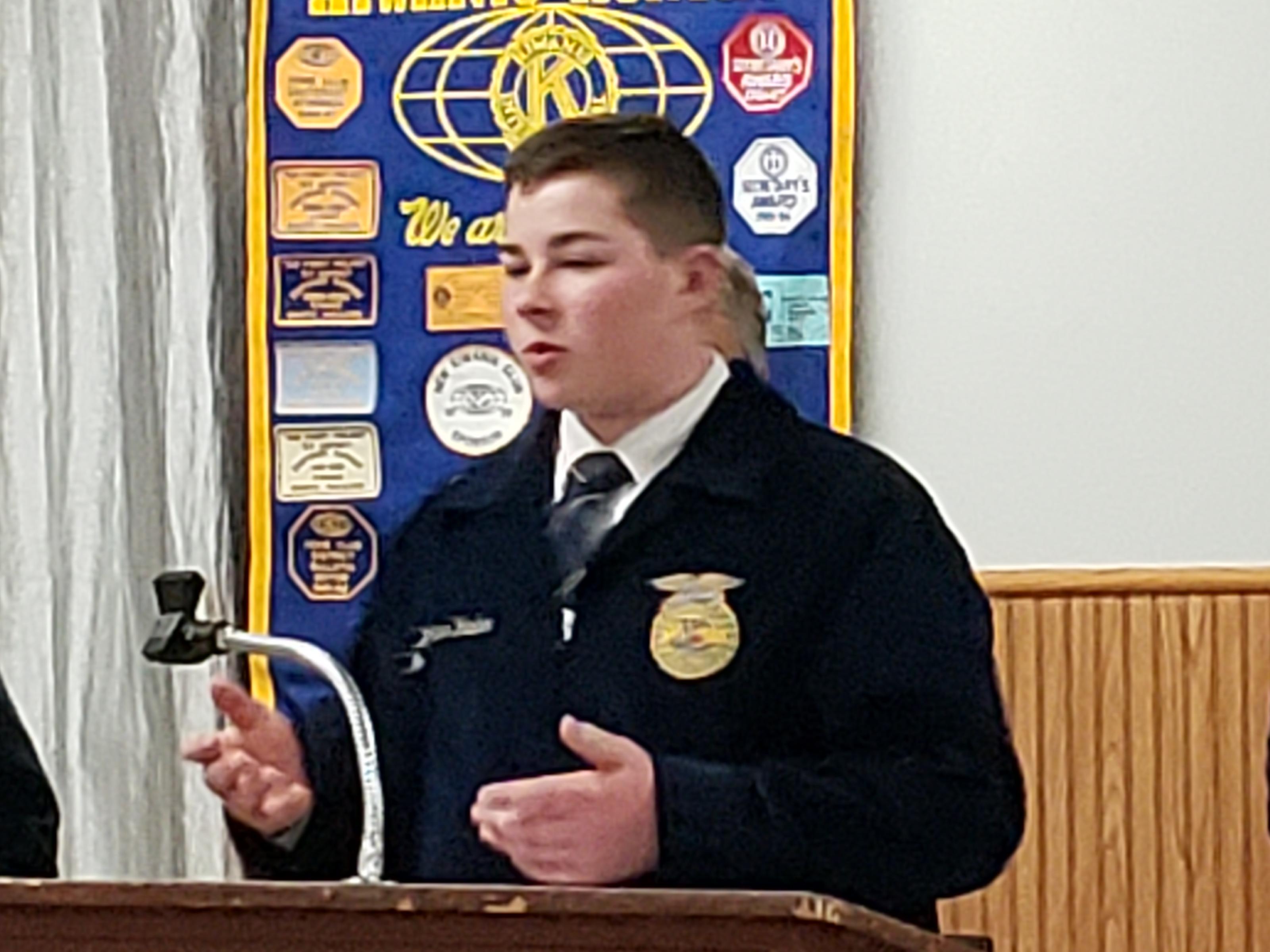 And, sophomore Waylon Paulek was a part of the State Champion Livestock Team.

The Taylorville Kiwanis Club is part of a global organization of volunteers dedicated to improving the world one child and one community at a time.  Weekly meetings are held Tuesdays at noon at the Taylorville Moose Lodge.  For information on the club, go to taylorvillekiwanis.com.