Posted About Five Months Ago by Avery Cooper

If you see emergency lights on the side of the road – slow down and move over.

That is the message from Illinois State Police as they announce drivers have struck multiple ISP troopers while they were working winter storm Landon. 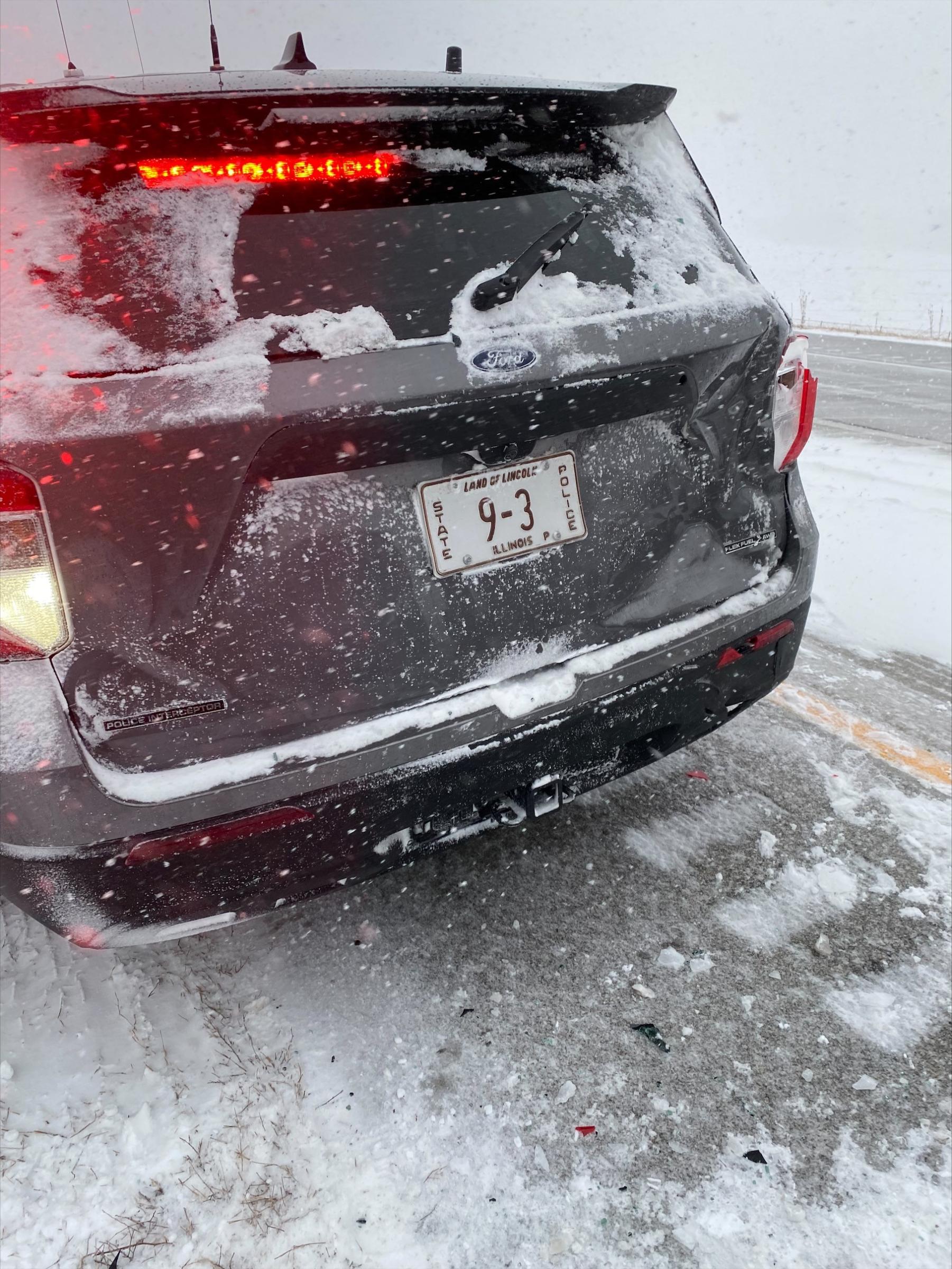 Wednesday around 7:40 a.m. a driver failed to yield to a trooper parked on the left shoulder of I-72 and struck a stationary squad car with its lights on from behind. The driver of the vehicle did not have any injuries, while an ambulance escorted the trooper to the hospital for non-life-threatening injuries.

Around 3:22 p.m. Wednesday, the driver of a vehicle entering Interstate 72 struck a fully marked squad car with its emergency lights activated while stationary. While the driver did not have any injuries, paramedics transported the trooper to the hospital for non-life-threatening injuries. This crash remains under investigation, but the driver violated the Move Over Law, according to ISP.

The Mover Over Law, or “Scott’s Law” requires drivers to slow down and move over when an emergency vehicle has its lights activated on the side of the road.  Violators will be fined at least $250, but the fine can carry up to $10,000. If the violation results in injury to another person, the violator’s driver’s license will be suspended between six months and two years.