Posted About Two Years Ago by Leroy M Kleimola

A criminal justice reform package will head to the house floor after being approved by the Illinois Senate. The bill was brought to the Senate floor around 3:40 AM and voted on at 4:49 with debate taking place for roughly 45 minutes. The bill itself is 764 pages long.

Some of the changes to police reform that are included in that bill are the elimination of cash bail, prohibition for purchasing militaristic equipment, police body cameras for all officers, eliminating qualified immunity for individual police officers, potentially exposing them to civil lawsuits, and eliminating the felony murder charge.

Concern from some Senators in Illinois was the timing and the fact that there wasn’t enough time to review the entire document in such a short time. Senator Chapin Rose posted on Facebook saying,

“After multiple versions on multiple different bills with countless changes over 3 days, Dems filed their final Defund Police Bill of 764 pages at 3:04 a.m. to HB 3653 ... debate started at 4:02 a.m.  I am telling you right now, not a single person in this Senate Chamber knows what the final provisions of this bill are.  Citizens of Illinois - ask those who vote Yes - how could they possibly digest 764 pages in less than an hour?  I'm voting NO!”

State Senator Andy Manar, who voted yes on the bill, was unavailable for comment. Supporters of the bill say that police reform has been needed for a while and that this will help towards ending systemic racism.

The Illinois Law Enforcement Coalition says that the bill makes Illinois less safe, arguing that more than 112,000 citizens so far have signed a petition to oppose the legislation. The Coalition also said that they had been working on a bill with the Attorney General but that it was scrapped. There is also concern that there is no money included in the bill to pay for all of these new measures so taxpayers will have to pay more.

The bill passed the Senate 32-23. It now heads to the house for a concurrent vote. If you would like to look at the bill in its entirety, click here. 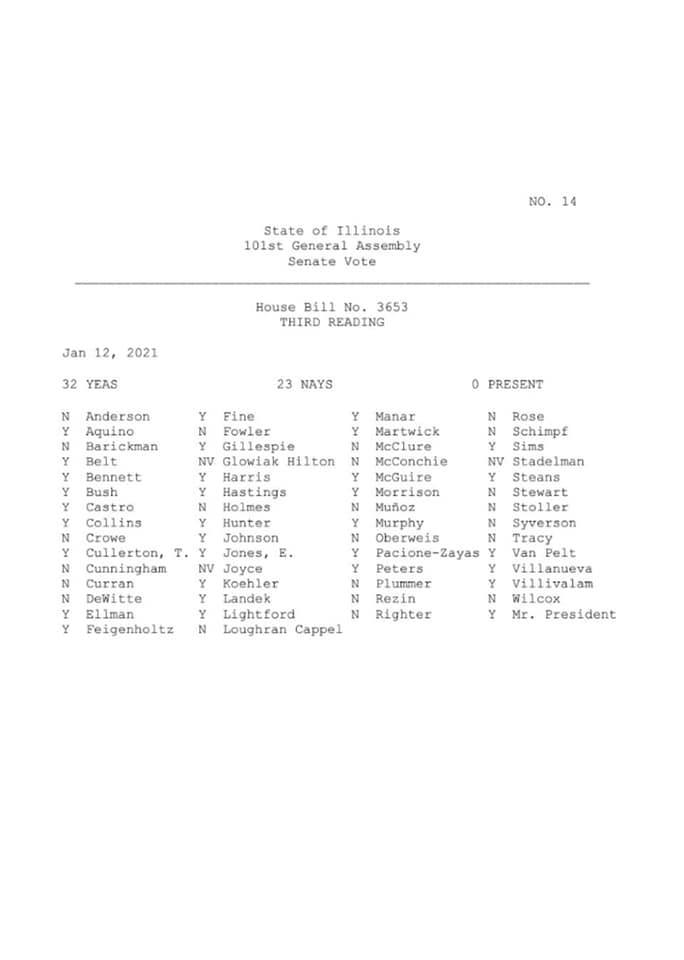 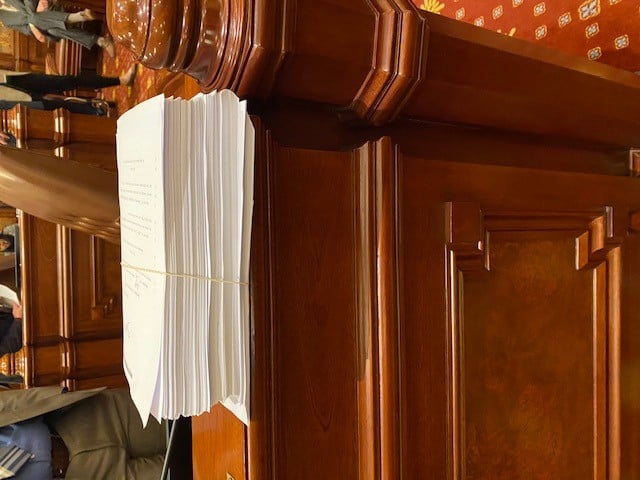