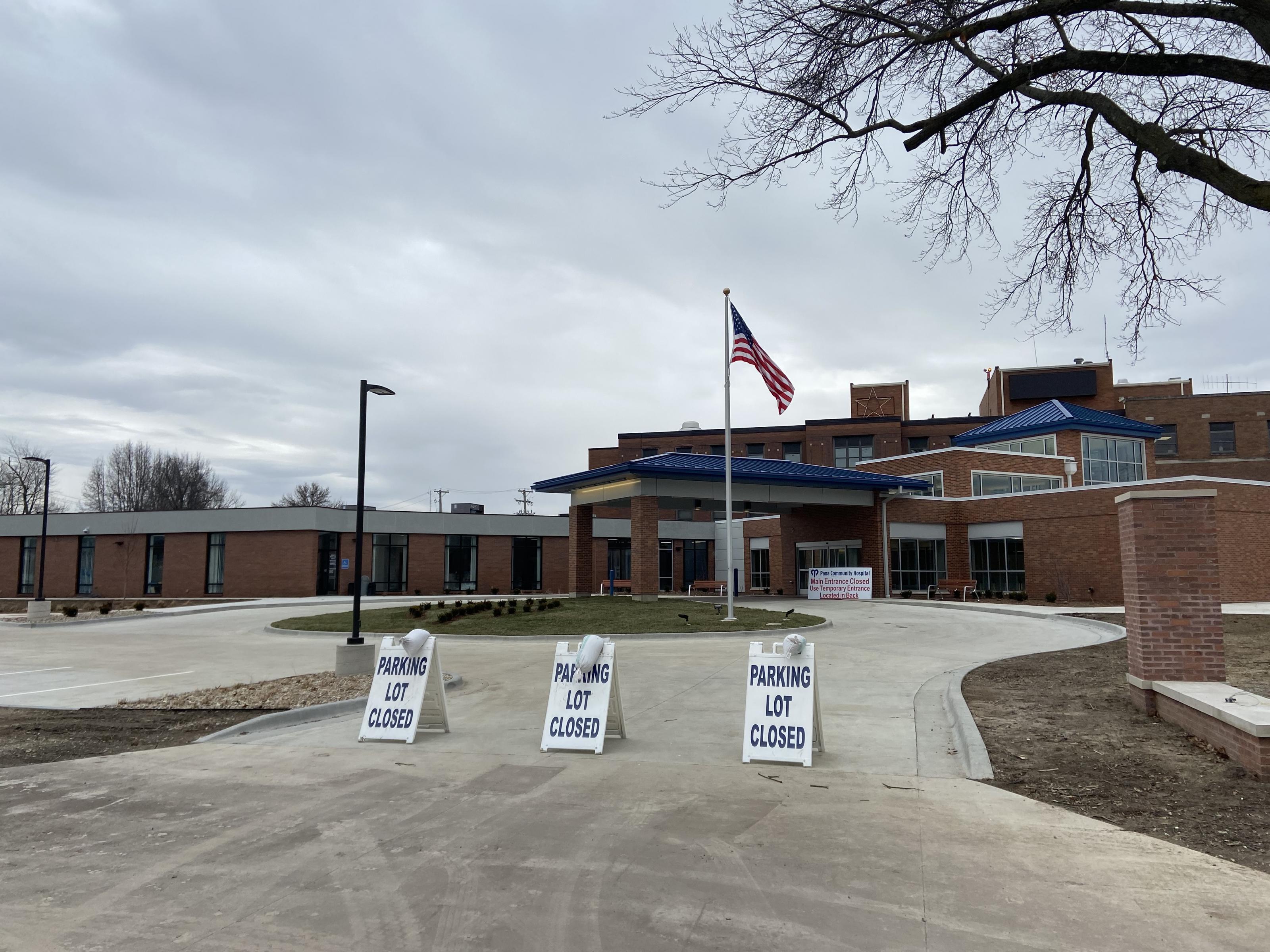 While the parking lot may be closed right now, it won't be on Monday Morning as the long-awaited Building Project expansion is nearing completion.  Picture courtesy: Melissa Rybolt.

Pana Community Hospital is nearing completion stage for Phase II of their building expansion project. The Illinois Department of Public Health (IDPH) inspected the project and have given the hospital it’s official “Certificate of Occupancy.”  This certificate will allow PCH to move into their new addition, which they fully expect to have open Monday, January 13th. The front parking lots will also open Monday with overflow patient parking located in the West parking lot of Pana Community Hospital.

President and CEO Trina Casner says that she is super excited about this project and happy that the weight is off her shoulders.

Phase II of the project had begun in February immediately following the opening of the Outpatient Services Addition which includes a reception area, registration offices, and FastCare which will be like an urgent care.  The FastCare portion isn’t ready but Casner assures Regional Radio that it will be completed by the end of February.  Casner says one thing that they learned through the rebuilding process is having volunteers to help people find their way is something Pana Community Hospital will keep doing that.

The project started on August 10th, 2017 when the hospital broke ground on a $20.4 million dollar project with 30,000 square feet added to the Hospital. Phase 1 added additional space for a new surgical suite, laboratory, diagnostic imaging, cardiopulmonary, materials management, and nutritional services including the Harvest Cafe.

Casner says they aren’t done yet and hope to add a new Gift Shop called “Retail Therapy.” But Casner says it all comes down to patient care.