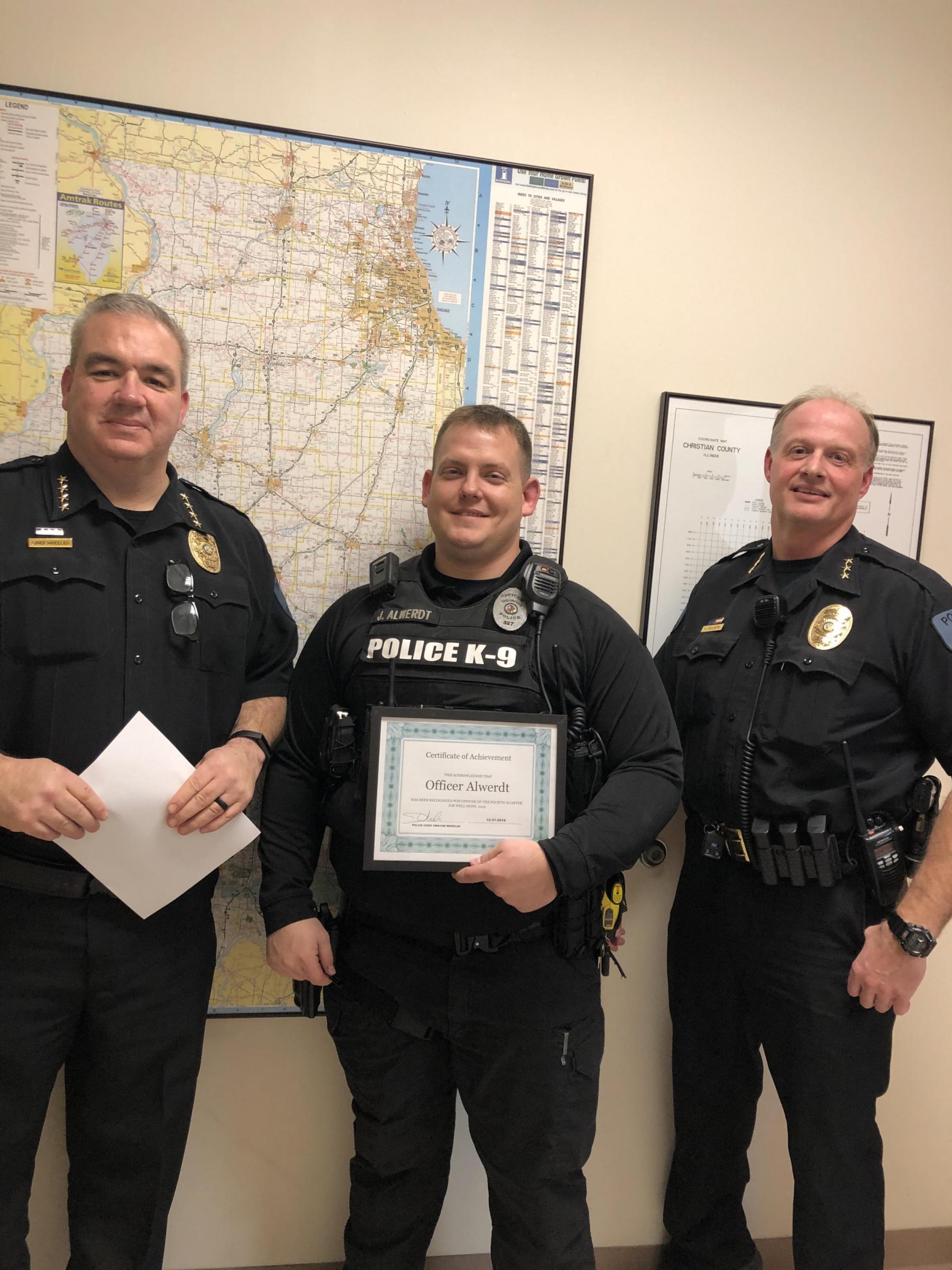 The Taylorville Police Department named Officer Jeremy Alwerdt, the Police Officer of the 4th quarter. Chief Wheeler says that both he and Deputy Chief Vince Childers picked Officer Alwerdt because of his ability to find narcotics.

We here at Regional Radio News salute you Officer Alwerdt salute you, for your hard work and dedication to the city and citizens of Taylorville.