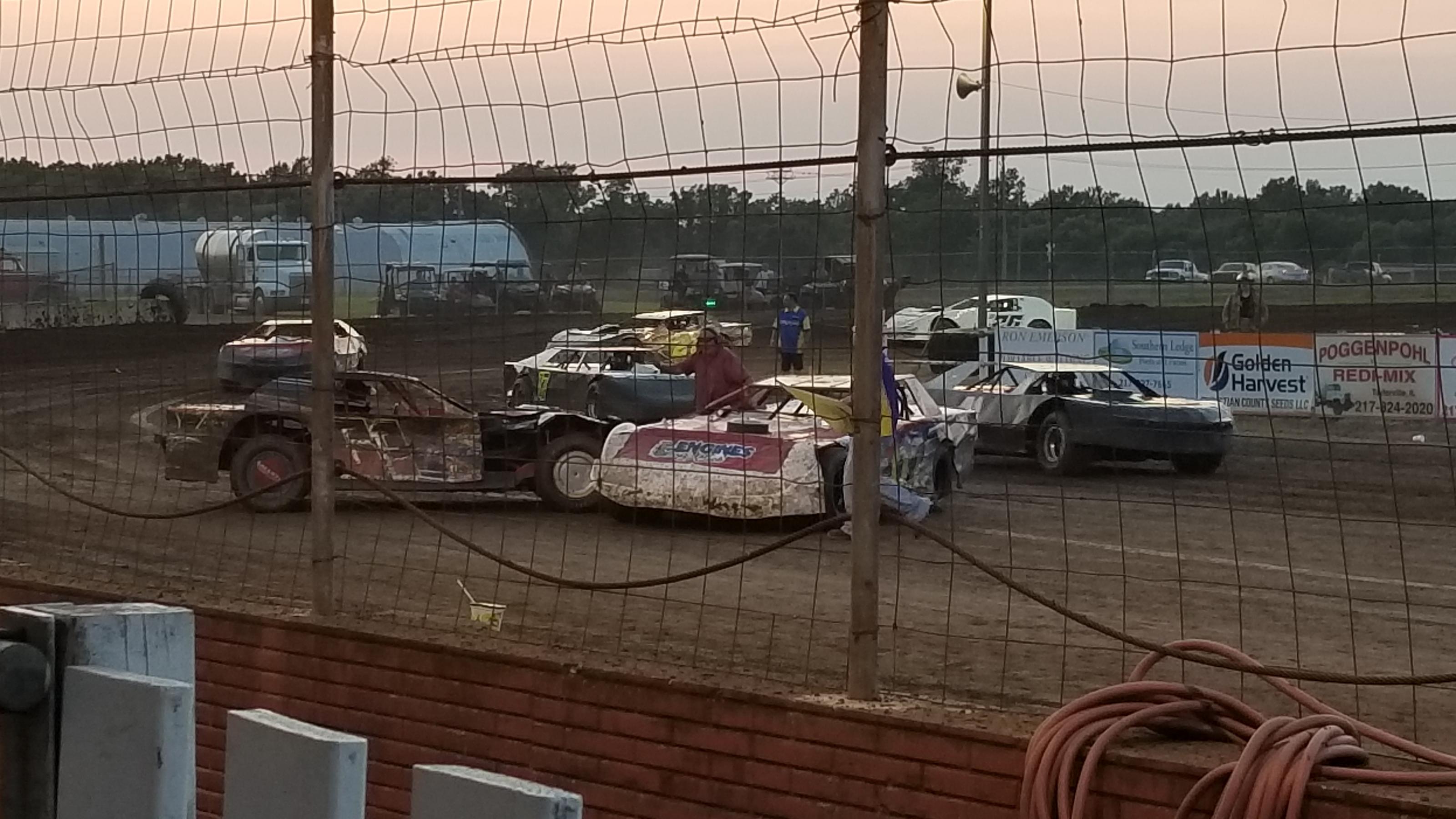 The Taylorville Stock Car Races took place Wednesday evening and drew a heavy crowd to the event that featured three different styles of vehicles. Sportsman, Street Stocks, and Hornet Divisions. In the Sportsman Race which featured a finale of 20 laps, Wes O’ Dell from Springfield took the championship. Taylorville driver, Tim Bedinger finished second. Scott Landers, also from Taylorville finished 5th in a field that started with 14 cars. In the street stocks finale, Andy Zahnd, from White Heath, took the checkered flag. The 20 lap race had 9 out of the 13 drivers finish the race. Taylorville native Zach Rhodes placed 12th and did not finish the race. In the Hornet’s division, Joe Reed from Decatur took home the checkered flag. Steve Stine from Stonington finished 4th. Taylorville native Michael Abbott finished in 10th. Out of the 20 vehicles that started the 15 lap race, only 11 crossed the finish line. The crowd had quite a time, especially when one of the vehicles driven by Eldon Hemken of Sorento, flipped after hitting a tire and the vehicle did a somersault in the air. Hemken walked away from the crash. 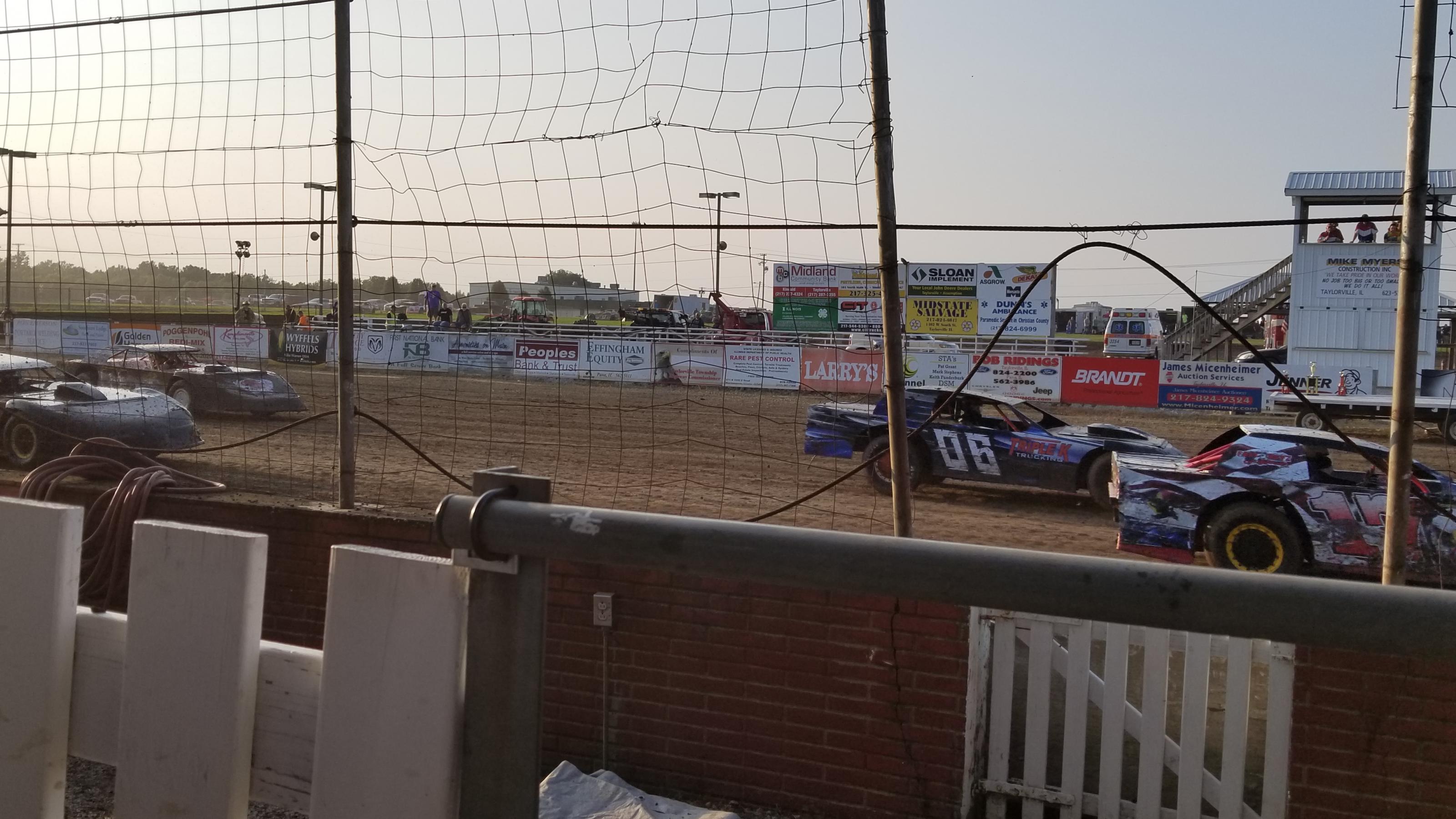