The Taylorville Kiwanis Club heard from Christian County Sheriff Bruce Kettelkamp as their guest speaker at their weekly luncheon Tuesday at the Taylorville Memorial Hospital auditorium.

Kettelkamp spoke about his constant battles as sheriff, and his stance against legalizing marijuana saying he is very concerned and is urging citizens to contact Senator Andy Manar and let him know that the proposal for the legalization of marijuana is a very bad idea.  Kettelkamp added it’s creating a public risk, putting at jeopardy the safety of the citizens of Christian County and the state.

Kettelkamp is also concerned with the home grown part of the law which would allow citizens to grow up to five plants in their yard. Kettelkamp says he’s worried about the drug cartel coming in and buying up the houses and selling on the black market cheaper than at the commercial establishments selling marijuana.

The Sheriff added that while Representative Avery Bourne is against the bill, he doesn’t believe Senator Andy Manar is, and he hopes that everyone contacts Senator Manar to tell him to vote against it.

Incoming Kiwanis president Sarah Van Huss was presented with a Kiwanis shirt by outgoing president Michael Evanchak, for recruiting the most new members during the past 12 months.

The Taylorville Kiwanis Club is part of global organization of volunteers dedicated to improving the world one child and one community at a time.  Weekly meetings are held Tuesdays at noon at the Taylorville Memorial Hospital auditorium.  For information on the club, go to taylorvillekiwanis.com. 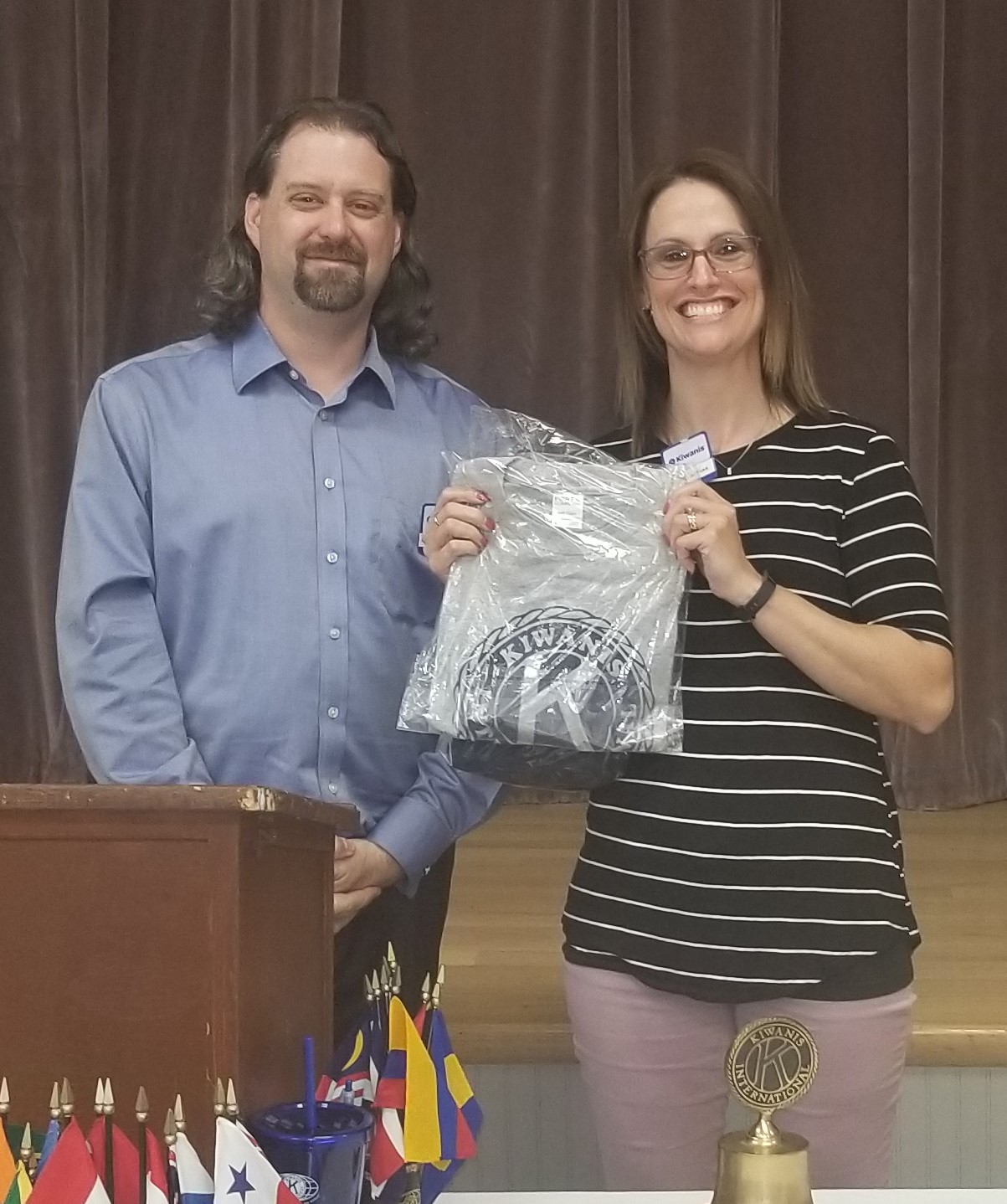