Veteran’s Park in Taylorville is getting new flags on the corner of Park and Webster Street.  AMVETS Life member, Doug Maxheimer has started a project to work on replacing flags that was started by Bill Easley back in 1999.  Since the flags have become torn and faded, they have needed to be replaced.  Maxheimer has set out on the difficult task of helping with this project.  Through combined donations of People’s Bank and Trust, Carlinville National Bank, Taylorville Community Credit Union, First Mid-Illinois Bank and Trust, and generous personal donations from several individuals, Doug Maxheimer will be able to receive new flags just in time for Armed Forces Day which is May 18th. Maxheimer says that he felt it was his duty as a AMVET to replace the flags but didn’t realize he would get as much help as he did.

Maxheimer also says that what started out as just a flag replacement project has quickly grown into restoring other parts of the park as well.

If you want to help out with the project give Doug Maxheimer a call at 217-691-5810.  Maxheimer also  says that he is happy to do it and knows from the comments that he gets that people enjoy it, and that makes it all worthwhile to him. 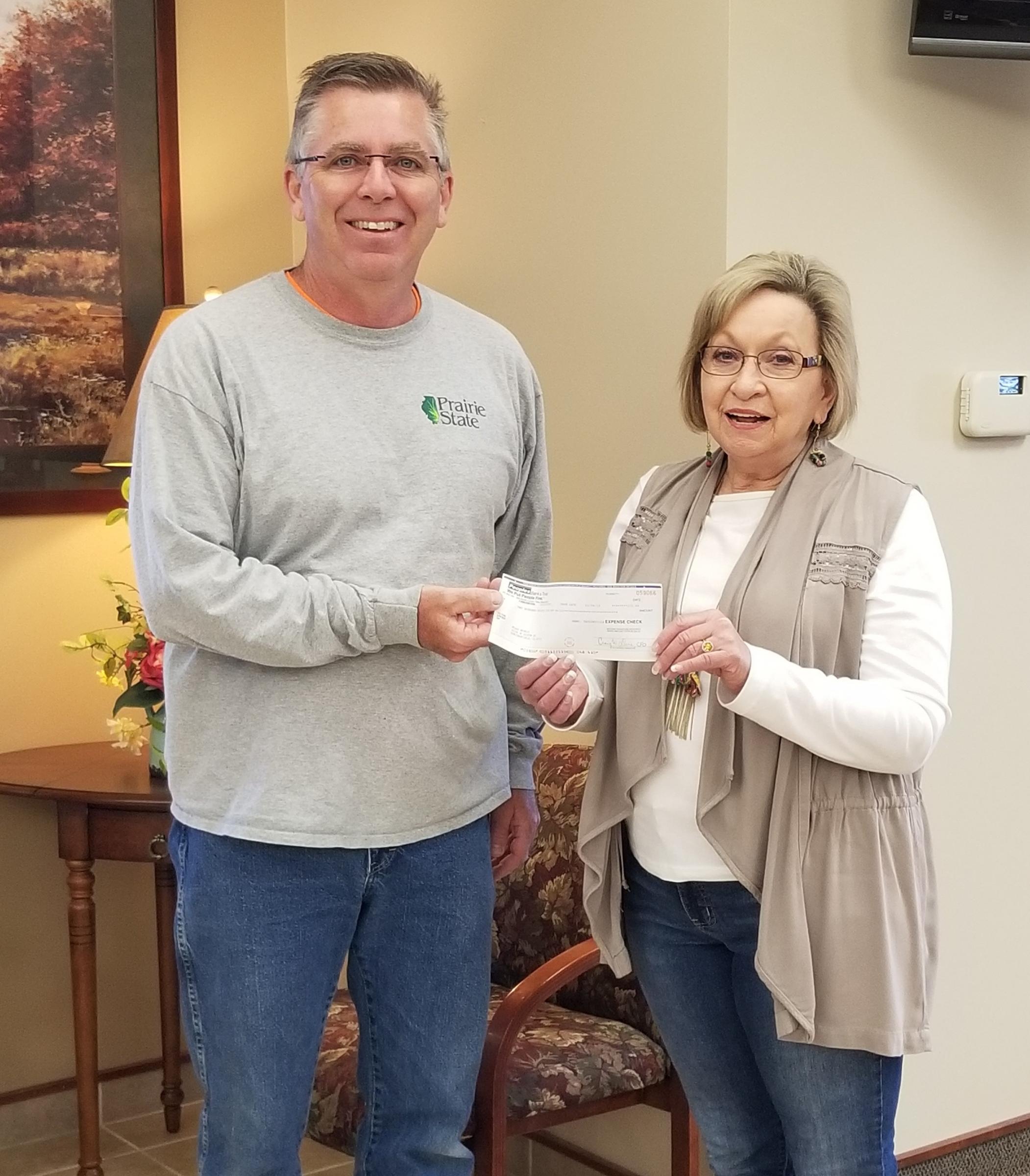