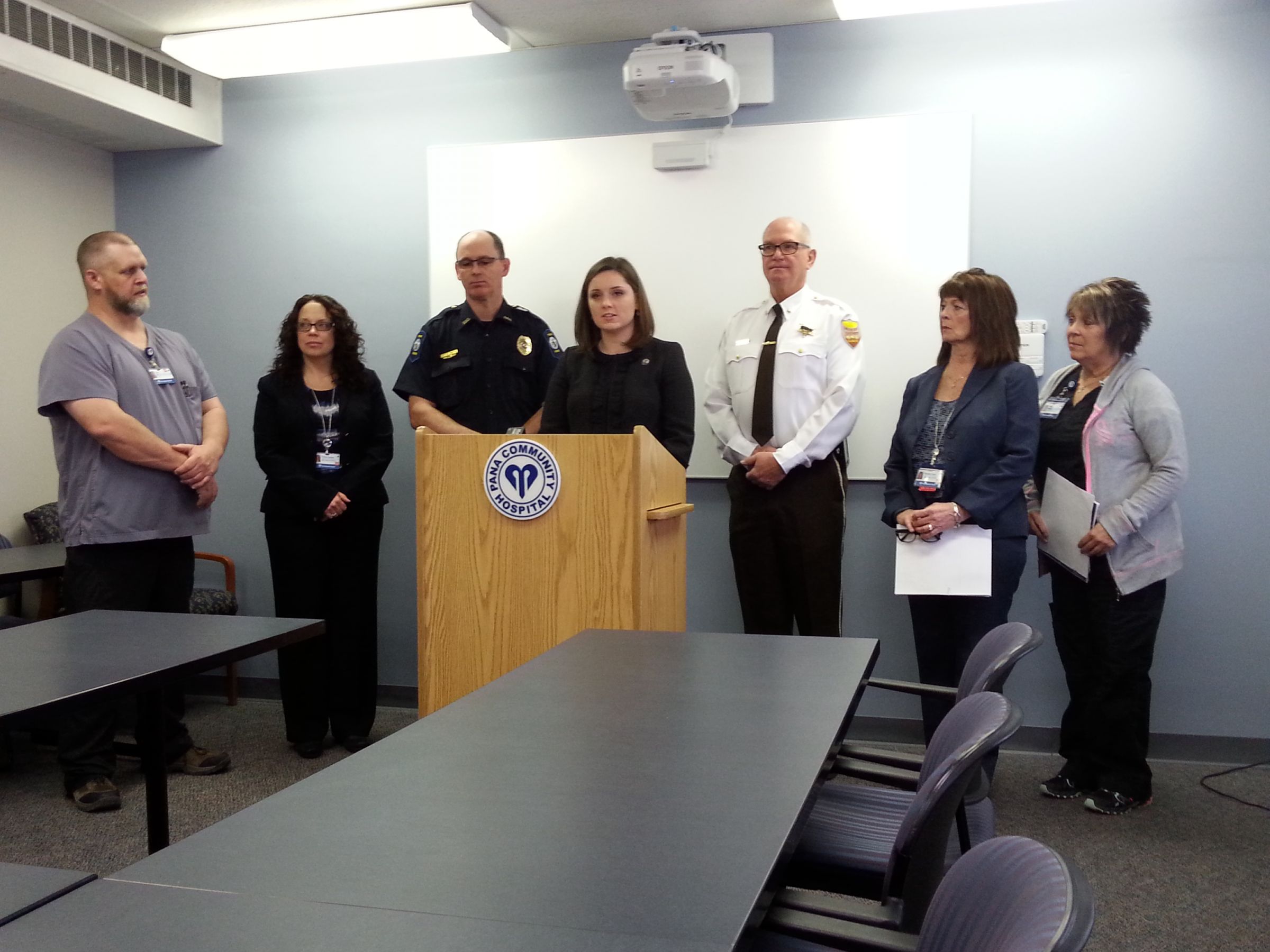 State Representative Avery Bourne of the 95th District held a press conference on Thursday morning along with local law enforcement and Pana Community Hospital staff and administration at PCH. Bourne has introduced House Bill 6112 which aims to strengthen and broaden the current ban on synthetic drugs in Illinois, which are classified as cathinones, but more commonly known as “bath salts”. They were technically legal until 2011, but their usage is on the rise following the current ban. Bourne stated her predecessor Representative Wayne Rosenthal introduced HB 2089, but since then manufacturers have slightly changed the chemicals to get around the ban.

Kurt Fenton, Emergency Room Nurse, says patients that he sees who have consumed bath salts have acted either violent or calm.

If signed into law, the bill amends the Illinois Controlled Substances Act as it increases the penalty for the possession of any amounts and synthetic bath salts substances from a Class 4 felony to a Class X felony. Pana Police Chief Daniel Bland says this bill could be a tool for treatment and help those that are addicted and one that court systems can use.

Bourne is also a co-sponsor of HB 3660 which allows banned substances to be added by administrative rule as the synthetic drug manufacturers adapt. HB 6112 has been introduced in the Illinois House and has gained bi-partisan support. It has not yet been assigned for a committee hearing.