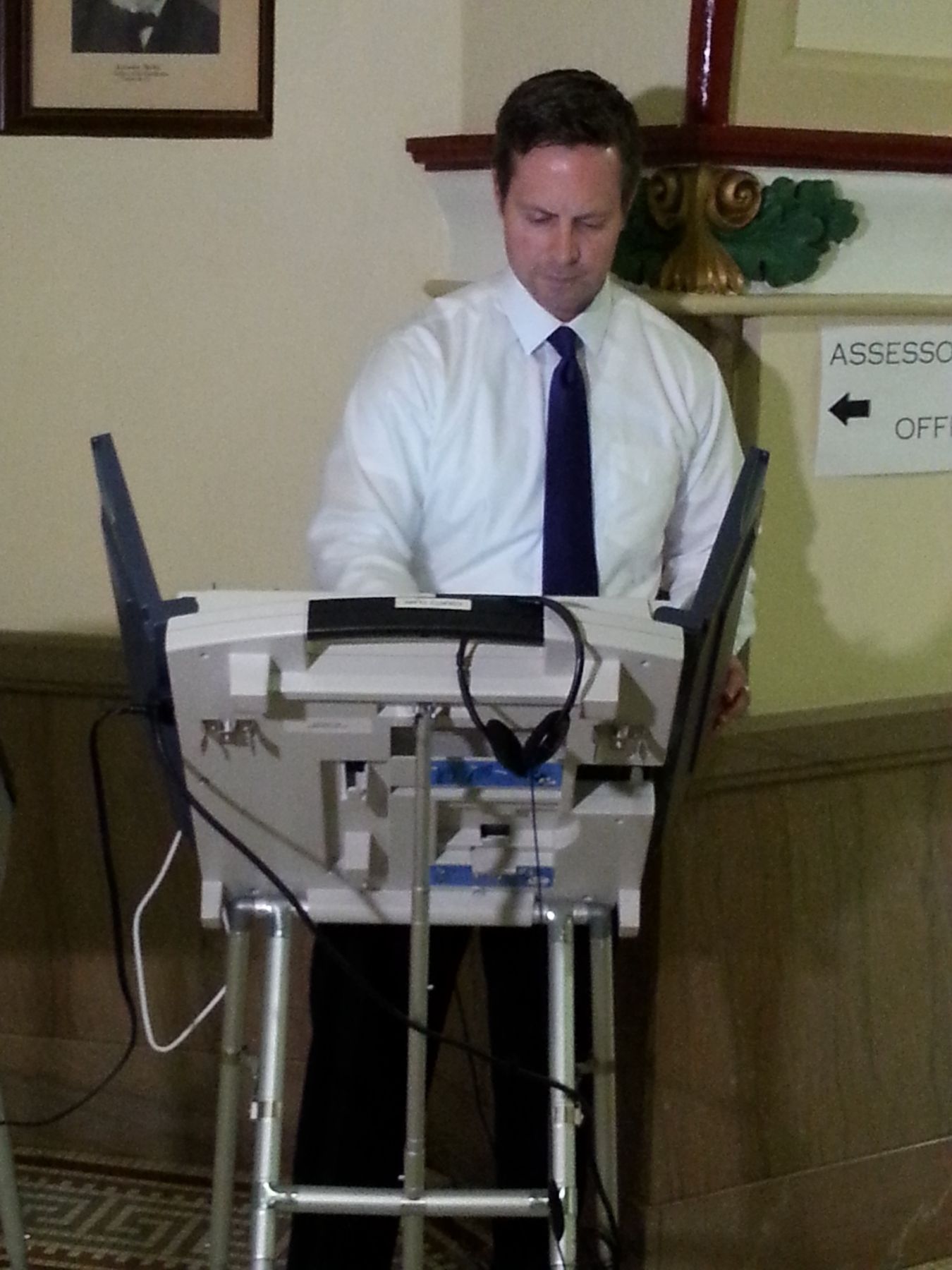 U.S. Representative Rodney Davis (R-Taylorville) of Illinois 13th Congressional District was at the Christian County Courthouse on Wednesday afternoon as he cast his ballot early for the 2016 Illinois Primary. Davis told Regional Radio News that there will be many new voters casting their votes for the next President.

Seventeen year-olds that will turn 18 by the general election are registering to vote this year and Davis says it gives them a chance to be a part of the voting process.

While there’s not much time left for President Obama and Congress, Davis says there are still issues that need to be done this year.

Davis was with his wife Shannon and daughter Toryn. Early voting continues at the Christian County Courthouse and more information can be found by going to christiancountyil.com or 824-4969. 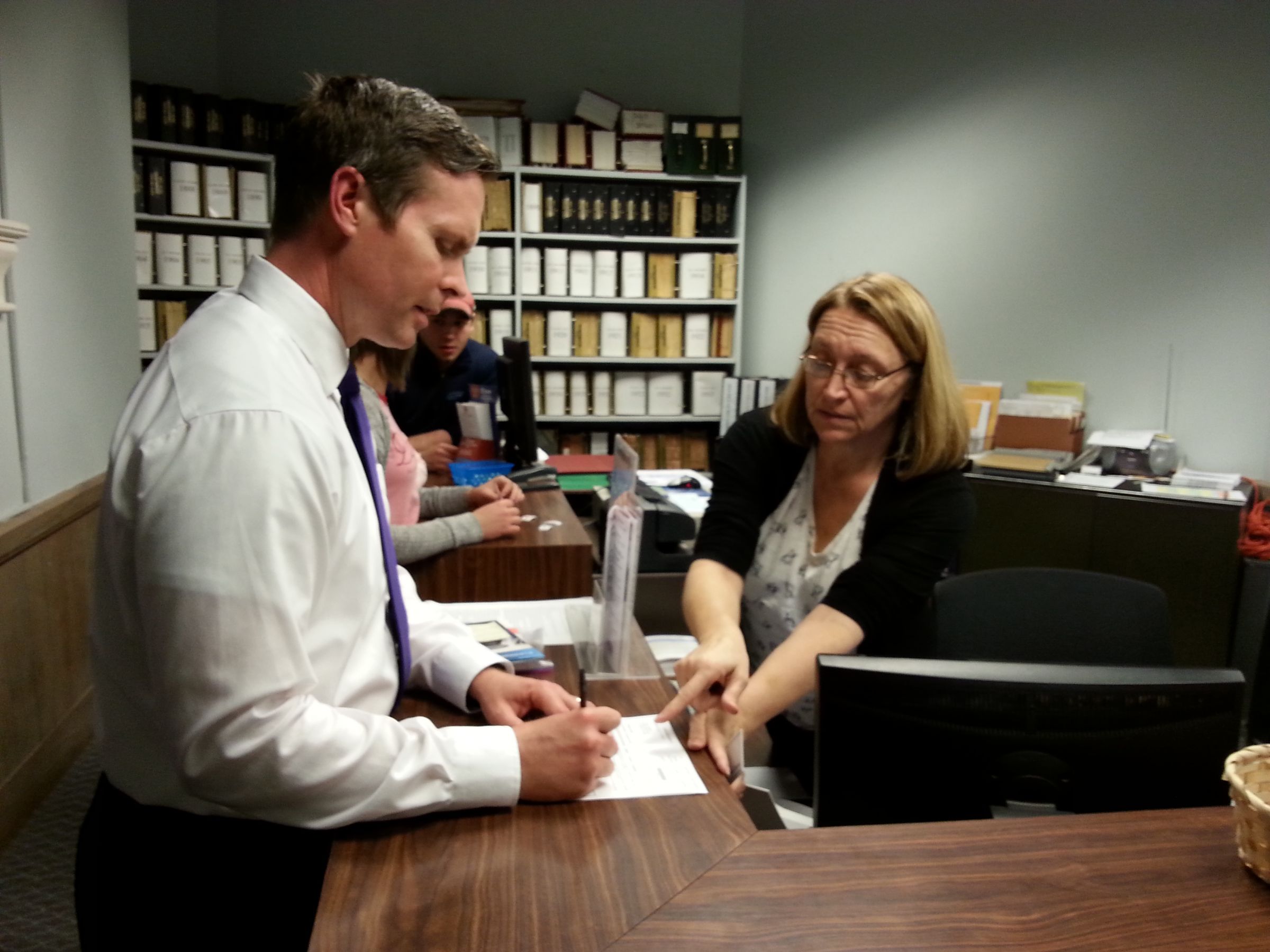