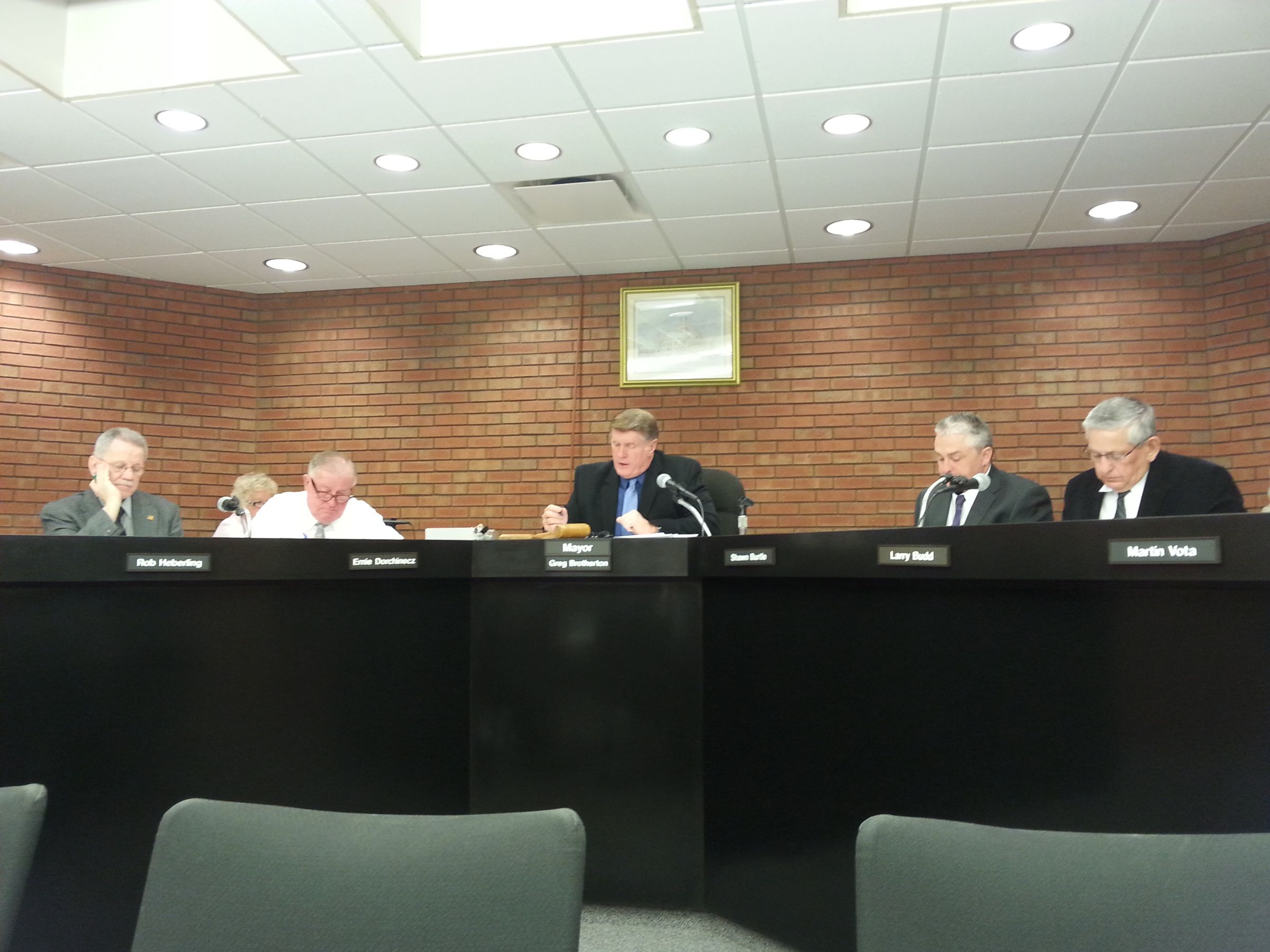 The Taylorville City Council met in regular session on Monday night. The Council approved the Planning Commission recommendations of the ordinances of adding to the City Code of the Indoor Recycling Centers as a Special Use and Indoor Firing Ranges as a Special Use and allowing the discharge of firearms therein. While the Indoor Recycling Center passed 9-0, Alderman Larry Budd voted “no” to the Indoor Firing Ranges due to his concern of the automatic weapons. The motion passed 8-1. Mayor Brotherton stated they have to wait ten days before the ordinance goes into effect, then someone can pick up the application and start the process.

A motion to approve the Illinois Environmental Protection Agency (IEPA) mediation letter that was dated on February 11, 2016 confirming the City’s application for final payment from the Underground Storage Tank Fund for the Leaking UST incident at the City’s airport was approved.  Alderman Rob Heberling questioned City Attorney Rocci Romano regarding the motion if there were no further obligations, and Romano answered his concern.

Alderman Ernie Dorchinecz stated it was one of the biggest can of worms he has ever witnessed. Mayor Greg Brotherton told Regional Radio News following the meeting that about nearly $250,000 was spent on the leaking underground tank and hopes they never have to go through that situation again.

In other Taylorville City Council action, City Attorney Rocci Romano brought up the latest regarding the Owaneco Water Rate agreement. Romano noted that the City auditors are in agreement with Romano’s interpretation of the contract and amendment to it. Romano further stated that a depreciation expense should be added to the cost of performance when fees are assessed. Alderman Rob Heberling spoke to him regarding the limitations of a number of years for a contract, as it is a 60 year agreement. Romano says there is a statute that addresses contracts for the supply of water, as a contract cannot exceed 40 years.

Mayor Greg Brotherton stated they need verification as it’s possible that a re-negotiation could occur with Owaneco.

In another matter, Alderman Earl Walters stated that the City should go after the prison on Route 29 to get their water bill paid or shut the water off. Alderman Larry Budd commented back saying they need to be cautious, as the new water treatment plant will be based on their usage. Budd warned if word gets to EPA that the water is shut off; it would jeopardize losing the loan for the water treatment plant. Budd further stated they can’t afford to lose the prison and the jobs out there.

Alderman Rob Heberling added that the State owed the City of Taylorville over $255,000 last month and that amount could be higher. Heberling proposed an idea of contacting towns that have State prisons to increase pressure on the State to pay the bill.

In other Taylorville City Council action, the Council approved a motion by a 7-1 vote to direct the Taylorville Fire Department to move forward with the Training Tower Facility located on lots directly to the south of the Fire Station and east of the First-Mid Illinois Bank. Alderman Rob Heberling was the lone “no” vote, as he stated the location of the structure is not suitable.

Taylorville Fire Chief Mike Crews was in attendance as alderman expressed concerns over the use of smoke and if it would be a traffic hazard and will it affect the neighborhoods. Crews stated the smoke is non-toxic and is generated by a fog machine as they used it on portable houses for children to learn fire safety in the past. He added the smoke disappears quickly after use.

The Council approved the payment of bills totaling some $400,000 and the meeting adjourned at 7:51 p.m.