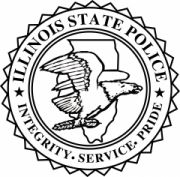 Illinois State Police District 09 Commander, Scott Compton, has released the following activity and enforcement figures for the month of February. Troopers in District 09 serve 7 counties, including Christian. They answered 317 calls for service and initiated 1612 incidents in the field during the month.

During the month, 567 citations and 187 written warnings were issued for the “Fatal Four” violations. These violations are most associated with fatal traffic crashes and include speeding, DUI, failure to wear a seatbelt, and distracted driving.