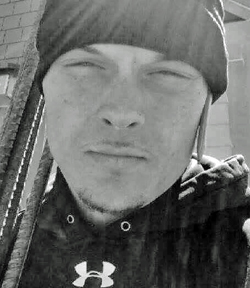 Blake Hoffman, 25 of Morrow, Ohio passed away on Friday, December 9, 2016 at 12:45 p.m. in Warren County, OH. He was born on December 17, 1990 in Springfield, IL the Son of Grant Hoffman and Marcia Fleming-Hoffman. He married Kristin Brown on April 1, 2013 and they were later divorced. He worked as a concrete finisher for ACR Concrete in Ohio.

Visitation will be held on Wednesday, December 14, 2016 from 5:00-7:00 p.m. at Sutton Memorial Home in Taylorville. Blake is going to be cremated following the visitation.