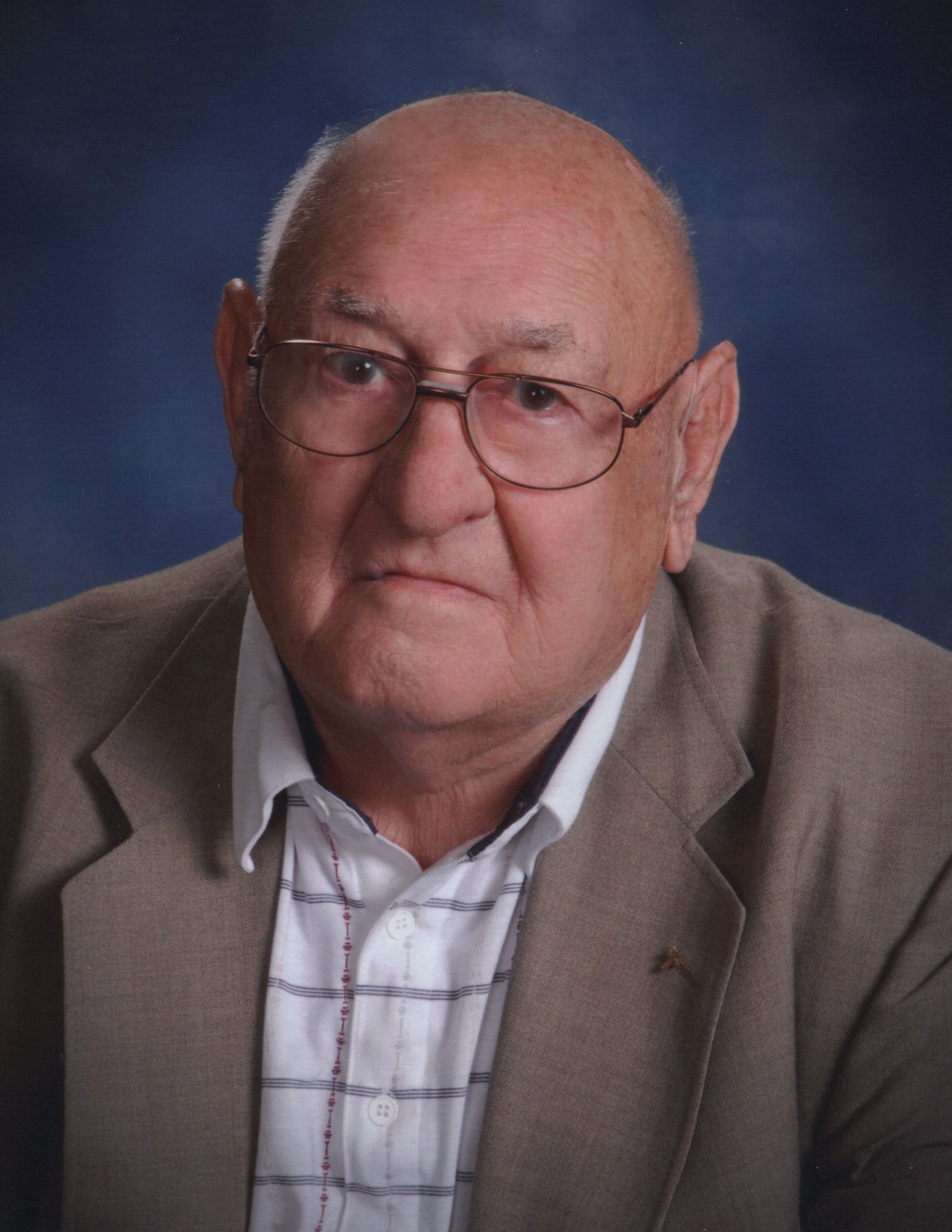 Andrew E. Marucco, 93, of Stonington passed away at 8pm on Wednesday, November 30, 2016 at his daughter’s home in Rochester. He was born on July 17, 1923 in Stonington, the son of Charles and Sophia (Sebastian) Marucco. He married Kathryn Shadowens on October 29, 1945 in Sacramento, California. She preceded him in death on August 9, 2003. Andy was a veteran of the US Navy. He served Christian County Sheriff’s Department as Sheriff from 1958 until 1962 and Chief Deputy from 1954 until 1958. After being Sheriff, he was the Superintendent of Lake Taylorville from 1962 until 1964. Before retiring in 1984, he was the chief investigator for the State of Illinois, Department of Regulation and Education. He was a member of the Holy Trinity Catholic Church and a lifetime member of the Knights of Columbus where he was a past Grand Knight, Sheriff’s Association, Stonington American Legion, and the VFW post 4496. Andy was the manager of the CVA for over 20 years. In his free time, he enjoyed fishing, hunting, and golfing.

He is survived by his son: Joe Marucco (Nancy) of Cleveland, Tennessee; daughters: Mary Ann Yoho (John) of Bradenton, Florida and Helen Crusen (Tom) of Rochester; 7 grandchildren and 19 great grandchildren, and 4 great-great grandchildren. He was preceded in death by his parents, wife, brother: Maggio Marucco, and sister: Elsie Taylor.

A funeral mass will be held at 10am on Monday, December 5, 2016 at Holy Trinity Catholic Church in Stonington with Monsignor David Lantz officiating. Burial with military honors will take place in the Ponting Cemetery. Visitation will be on Sunday from 3 until 5 at McClure Funeral Home with a prayer service at 3pm. Memorials may be left to Holy Trinity Catholic Church or Memorial Home Hospice. McClure Funeral Home and Cremation Services in Taylorville is assisting the family with arrangements. Memories of Andy, or condolences to the family may be left online at www.mcclurefuneralhome.com